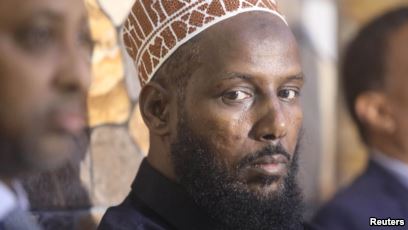 Under Somalia’s constitution Somalia became a federal republic, giving different regions of Somalia and their associated clans, a degree of regional autonomy. Among these, Southwest Somali State (SWS) is one of most marginalized in Somalia. The reasons are historical and cultural. This region is the breadbasket of Somalia. The clans of this region are not herders like most Somali clans. Rather they are farmers or practice mixed farming and herding.

Although it is such a fertile region, the clans who live did not occupy positions of power in the post-independence governments, nor did they populate the ranks of the military. This state of affairs has continued under the current government.  The region has long been coveted by pastoralist clans and has been occupied and whittled down by post-independence governments through manipulation of regional and district maps. During the civil war the region was occupied, looted and pillaged, by more powerful clans. Having experienced ongoing violence, this region has contributed more internally displaced persons (IDPs) than any other clan to the camps in Mogadishu, since wealthier members of the clan have fled to refugee camps in neighboring countries.

They have also been betrayed by local politicians, who have been more focused on acquiring power at the center and accruing personal wealth from foreign largesse, have been betrayed and neglected. Chief among these is Sharif Hassan Sheikh Adan, who rose to prominence during the civil war and has managed to occupy a number of prominent positions in successive governments and in the meantime enriching himself. The most recent egregious move was the bargaining away of large portions of the territory of his clan in exchange for the position of President of SWS. A position for which is he again running for office in November 17, 2018.

As with oppressed peoples, the general others clans in Somalia often look down on members of the clans of SWS, and mock their distinctive language. The destitution and instability generated by the war and for these reasons Al Shabaab (AS) found easy recruits in this region. For some, AS offered an ideology in which all people were united by Islam and all people were equal regardless of clan. For others, it offered income-generating opportunities in the face of the destitution generated by the war. For still others it offered a sense of security and predictability if the face of the random violence of the war. Finally for better or worse, for still others a chance to exercise power through coercion and violence

In 2012, there was a schism between top AS leadership, involving top commander Ahmed Abdi Godane and deputy commander Mukhtar Robow Ali (aka Abu Mansur). Robow was perceived to be the more ‘moderate’ of the two with local, rather than global, ambitions. He split from Godane in 2013 and moved his followers to Apal town in Bakool. In 2014 Godane was killed by the US government. In 2016, the Somali Federal Government (SFG) offered amnesty to AS members who agreed to surrender and in 2017, tired of violence and insecurity, Robow surrendered following negotiations.

On October 4, Robow announced his intention to run for office of President of SWS. He is running against 8 other candidates, including the incumbent, Sharif Hassan Sheikh Adan. However on October 5, the SFG issued a statement in which it refused to accept his candidacy. The SFG is responding to a pressure from the international community and a variety of foreign donors, who do not consider Robow an acceptable candidate. However some observers surmise that the government may also be responding national level clan politics and to pressure from the incumbent and other candidates who are afraid that, given Robow’s popularity among much of the local population, that he will win.

This is a mistake. On the part of both the international community and the SFG. First the region needs a new brand of leadership. Robow is popular in the region because, he is honest and clean and is not interested in leadership for the rewards it will bring him as an individual, but rather out of a genuine concern for the people of the region.  Second, the SFG needs help to defeat the remaining hardline fighters. If allowed to run for office, Robow will bring his fighters, followers, supporters, and sympathizers with him into the national fold. Third, while a peaceful Islamist government may not be to the liking of the West, many of the long-suffering people of this region were happy under Robow as he brought a modicum of peace and predictability while in Bakool since 2013 Finally if the west is genuinely interested in building peace in Somalia, we must acknowledge that history has taught us that the best way to end insurgencies is to bring the insurgents into the political process. It is only our prejudice against Islam that prevents us from recognizing that this is best path for peace in Somalia. The west needs to get over its prejudice and let Somalis choose the kind of country that they want to live in.

The views expressed in this article remain those of the author, and do not necessarily reflect those of The Jamhuriyadda, its editorial board or staff.

If you want to submit an opinion piece or an analysis, please email it to jamhuriyadda.wordpress.com