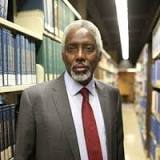 The brightest and most joyous moment in Somali history was the triumph of the Somali political elites in establishing the Somali Republic on July 1, 1960. On that day, the Somali people celebrated the independence and unification of the two Somali territories under the rule of Italy and Britain. The nationalist elites who took over power from the colonial powers worked under the challenging conditions of institution building and socio-economic development within the context of the Cold War. Navigating through this volatile atmosphere, these elites followed two different systems of governance: the inherited liberal model of governance experienced during civilian rule (1960-1969), and the military rule that pursued socialist model between 1969 and 1991. Alas, both regimes failed to realize the two main nationalist objectives: weakening clannism and strengthening the nationalism.

After 30 years, the euphoric moment and high hopes of the Independence Day turned into lamentation and anguish with the complete collapse of the national state in 1991.  The downward trajectory of the Somali state collapse started with the defeat of the Somali National Army in the war with Ethiopia in 1978, which then led to the founding of clan-based armed factions across the Somali state. This was the onset of one of the darkest periods in the history of the Somali people in which the entire population became immersed in a civil war. This situation was a product of the bankrupt politics of the elites, which included pervasiveness of corruption, dictatorial rule, militaristic policy, economic failure, and dominance through violent politics. Regrettably, this licentious political culture was and remains pervasive among Somali politicians and leadership at all levels. Thus, in the absence of the state, all kinds of evils were given free rein to emerge and upsurge, producing a culture of warlordism.

The conception of the Somali state, which was founded on citizenship, organized institutions with rules and regulations, and recognized boundaries, was reimagined as segmented clan ghettos ruled by warlords and non-state actors claiming the application of selective elements of Sharia law. Virtually, not only was the physical presence of state institutions completely extinct, but the very idea of the modern state had also been distorted.

Political culture of elite is simply defined as a set of relevant beliefs, values, and habits of active participants in a political system. The failure of the Somali state is essentially a failure of political elites and their culture of leadership developed during the colonial era and exercised in the postcolonial period. Paradoxically, adopted political system was encouraging political clannism while Somali nationalists rhetorically advocating to fight against clannism. The main features of political elite culture. The main features of elite political culture could be summarized as follows:

If the above stated descriptions are ubiquitous, then it is clear that political failure is truly a chronic problem, and that is where Somalia is placed and caged. What is more puzzling is that the Somali political class continues to recycle this bankrupt culture, with no clear signs of change for the foreseeable future. Certainly, this phenomenon is a real indication of a form of insanity in the repetition of the same actions with the expectation of achieving different results.

In order to address political failure in Somalia, it is essential to discover the root of the problem and how it was bred during the Italian Trusteeship period (1950-1960). Certainly, political culture was developed from espoused political system and the life histories of the members of that system. Therefore, political culture of Somali elites had originated from three overlapping policies undertaken during the Italian Trusteeship period. These are an adopted political party system, an implemented electoral model, and the distribution of the parliamentary seats to various constituencies without census.

On the other hand, the adopted electoral model had reinforced political clannism, and as professor Tripodi puts it in his book, The Colonial Legacy of Somalia, “The clan’s male population was forced to find a representative party of the clan, and the coincidence between the clan and party became intense.” He further elaborates that “adopting electoral law was intended to fragment SYL supporters and give more opportunities to the pro-Italian parties.”  Thus, political clannism was not necessary attribute of the traditional system in Somalia, as anthropologists portrayed, but was deliberately promoted through political institutions by the colonial powers who sought it to facilitate their control over the population. Moreover, the adopted election model, the “first past the post” system, which is based on the district constituencies and a “winner takes all” outcome, was implemented in the election of 1960 and aggravated conflicts at the local level and among sub-clans.

This system was based on majoritarian democracy instead of consensual which suits perfectly in the clan-based Muslim societies. Moreover, this system of voting allows each voter to vote for one candidate choice, and the individual that receives the most votes wins the seat, even if he receives less than a majority of votes. This electoral system promotes clan divide and conflict and ensures that only majority clans in each constituent district can win parliamentary seats. It marginalizes minority sub-clans in each district and women. Also, this electoral system later led to the proliferation of the districts in order to gerrymander electoral constituencies. Furthermore, this system produced members of the parliament who considered themselves to represent only their sub-clans in the district and not the whole population of the district.

Moreover, the lack of a national census to base the distribution of the parliamentary seats exacerbated a fair representation of the various constituencies in the national assembly. The   Italian Trusteeship Administration in Somalia (Administrazione Feduciaria Italiano della Somalia ‘AFIS’) failed to implement its planned census, which was to be completed in 1957 in the total six administrative regions of the country. It had failed in the regions of Majeerteen, Mudug, and Lower Juba while it had somehow managed to produce census in the Banadir, Upper Juba, and Hiran regions. As a result, parliamentary seats were distributed to the constituencies arbitrarily. The failure of AFIS to conduct census was justified by the lack of financial resources and shortage of the time before the independence. Consequently, districts were gerrymandered and parliamentary seats were distributed arbitrarily as AFIS projected and preferred. Of course, districts in which its politicians enjoyed good relations with AFIS received preferential treatment and more seats.

To change this chronic political culture, the right approach is to uncover its roots and to change the system that spawned. This requires the adoption of an appropriate political party system that minimizes the number of the political parties and eliminates clan-based parties. To do so, a proportional representation of a single constituency with a closed list was forwarded to the parliament as part of the new electoral law. Moreover, the eligibility of the party to participate in the election was agreed to be 10,000 registered members of the party in 9 of the previous 18 regions.

Additionally, a political party should receive a threshold of 7% of the total vote cast, which is equivalent to 19 seats in the parliament. Of course, there are a number of considerable challenges to implement a “one-person-one–vote” election in Somalia in 2020/21. These challenges include institutional, political, and operational challenges; however, the largest threats include sabotage from status quo beneficiaries, security conditions, and conflict between the national state and federal member states. The most pivotal of all of these undertakings is to agree on and approve a revised Constitution and to create a conducive political and security environment for the election.

The article was originally published on Wardheer News website.