Oil Discovery Could Be A Game-Changer For Somalia 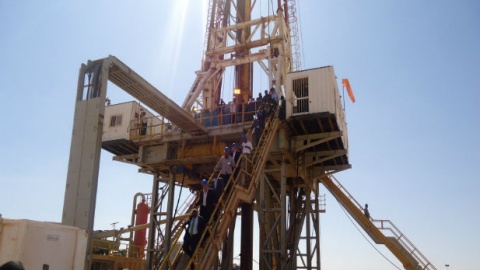 The black Stuff is a Catalyst for Somalia’s Economic Aspirations

The author is an activist, freelance writer, and documentary maker based in the UK.

Many studies point out that Somalia has oil and gas reserves in both onshore and offshore worth extracting. At a conservative estimate, offshore deposits could stand at over 100 billion barrels.

Agip (now known as Eni) and Sinclair Oil Corporation started the oil exploration in Somalia in 1950s. From then on   a number of major oil companies were given licences to further explore. These efforts were disrupted as Somalia plunged into civil war in 1991.  However, the recent oil discoveries in Mozambique and Tanzania and a new seismic data collected from offshore Somalia by the seismic services company Spectrum has brought an influx of oil companies into Somalia.

Companies lured into these new developments include Shell and ExxonMobil who held exploration concessions before the collapse of Siad Barre’s regime in 1991. They declared force majeure (when contractual obligations are not met due to disruptive events) after the country descended into anarchy.

According to Financial Times Somalia reached an agreement last week with Shell and Exxon Mobil joint venture to repay the rental fees of $1.7m for offshore blocks from 1990 to 2008.

Moreover, the lower house passed long awaited petroleum and anti-corruption laws on May 20, 2019 and on June 24 respectively. These important pieces of legislation will safeguard the environment and the human health as well as the custody of public money. It will be an ecological catastrophe if similar oil spill disaster in the Gulf of Mexico could happen in Somalia’s coastline.

In terms of the political landscape there is a long-standing feud between some of the member states and the Federal government. However, it is worth noting that, so far there has been no rift between the Prime Minister and the President – a tradition that hampered previous administrations. It is partly because of the unity among leadership that Somalia is now moving in the right direction.

On the other hand, despite the progress made so far, the current security and socio-economic matters pose many challenges. They include: high unemployment, particularly on youth (67% unemployed), limited ability of the government to provide basic services to the public and security, etc.

Nevertheless, great economic opportunities for Somalia and potential investors are on the horizon. The Economist on 7 March 2019 ran an article with the headline: “The new scramble for Africa”. This time round the scramble is not for seizing a land by force, but rather it is all about seizing business opportunities.  According to the paper, “From 2010 to 2016 more than 320 embassies were opened in Africa”.

The rush for Africa’s resources is partly driven by global high demand in energy.  According to International Energy Agency, “global energy demand rose by 2.3% in 2018, its fastest pace in the last decade”.

The Minister of Petroleum and Mineral Resources of Somalia Abdirashid  Ahmed told Bloomberg that “Somalia’s PSA model should be attractive to oil companies and the Somalian people”.

The oil industry Foreign Direct Investment inflows in Somalia, if planned wisely, will positively affect the other sectors of the economy. Somalia has massive untapped assets. Apart from the oil and gas, Somalia is endowed with natural resources such as iron ore, copper, uranium, quartz, salt and bauxite. Somalia’s fishery and agricultural industries are beginning to revive after significantly affected by the civil war in 1991.

Additionally, Somalia enjoys a strategic location, bordering the Gulf of Aden. It boasts the longest coastline in Africa. For the human capital factor, the entrepreneurial spirit of Somali people is a vehicle for the country’s economic growth. A large number of skilled Somali Diaspora is coming back to the country. Thus Somalia is ready for business.

Somalia moves step closer to realising the dream of becoming a regional economic hub. Somalis need to act fast to seize this golden opportunity of FDI inflows. The Federal Government needs to take all the necessary steps that are critical for nation-building such as reconciliation, accountability and effective institutions. Let’s escape the resource curse!

The article was originally published on Mareeg Media website.