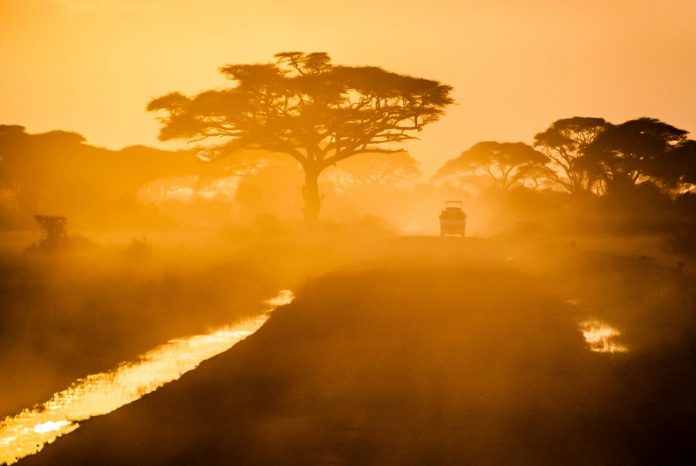 The author is a former diplomat, serving as Somalia’s Special Envoy to the US. As a widely published analyst, he focuses on foreign policy, Islam, the Horn of Africa, extremism, and other topics.

New dangerous dynamics are emerging at the Horn of Africa. Political tension emanating from maritime territory that Somalia and Kenya, both claim it as part of their legitimate border is getting more volatile. As the International Court of Justice gets ready to hold public hearings on “Maritime Delimitation in the Indian Ocean (Somalia v. Kenya)” September 9-13, Kenya continues to intensify its efforts to lobby the U.N, and key allies to help add al-Shabab to UNSC Resolution 1267.

If you are wondering what does al-Shabab have to do with this matter, you apparently are not part of the Kenyan political pundits, law-makers, and credulous Somalis who have been cheerleading for this unjustifiable initiative.

It Is What It Is

Let us imagine that it is late September, the time when leaders representing 195 member states would be attending the 74th UN General Assembly. Let us imagine during one of the debate sessions, this multiple choice question was raised:

If al-Shabab was not already considered a terrorist organization by the UN, why would the Security Council mandate AMISOM to fight them along the Somali National Army and periodically capture territories from them? So, since al-Shabab is already considered a terrorist organization, why spend such energy and political capital on redundancy?  Or rather bluntly: who is Kenya’s real target?

While fingers were frantically pointing at o all directions as to who was behind the Kismayo terrorist attack that killed 26 people including a beloved Somali-Canadian journalist, Hodan Nalayeh, Kenya’s top diplomat — Monica Juma — went on politicking on twitter. Before offering any condolences, she wrote: “This attack is another reminder to the international community of the imperative to list the al-Shabaab, like all other terrorist groups, under the UNSC resolution 1267.”

On the surface this may seem ordinary attempt to tighten the screws on al-Shabab, but it is far from that.

Said resolution, also known as the ISIS/al-Qaida resolution, mandates the harshest international sanctions on assets freeze and travel ban measures on individuals, entities and groups who are suspected of being remotely associated with those terrorist groups. And that blanket condemnation increases the chance of innocents in the periphery getting caught in the net or communities suffering as a result.

Though this could get some Kenya Defense Force officials who operate an illicit business with al-Shabab that the Kenyatta government has been turning a blind eye in serious trouble, Kenya is eager to advance the initiative in order to use it as an insurance against any unfavorable decision from ICJ.

If Kenya’s endeavor succeeds, it will give Kenya the freehand to pressure and coerce top politicians and influential business leaders who have various investments and retain residential statuses in Kenya to assist her in achieving its objective of annexing the maritime territory- blocks that it already marketed for oil exploration. It is also an insurance policy against some of her Somali allies such as Ahmed Islam (Madobe) — president of Jubbaland federal state—who is currently much closer to Kenya than to the Federal Government of Somalia. Kenya is not oblivious to the fluidity of clan politics and the unpredictability of how Madobe, with his shady past, may act once it becomes clear to him that he was exploited as the game-changing pawn.

This was consistent with FGS’ ill-advised decision to turn a blind eye to Kenya’s unilateral decision to build a border wall that would divide Somali families, undermine businesses, and deprive them essential services such as health care, and allow Kenya to establish new facts of the ground that will in due course make a case for annexation of territories that belong to Somalia.

Lately, Kenya has been under intense U.S. diplomatic pressure to drop its bid and not make the Horn of Africa more volatile than it already is. This pressure is likely to increase now that 16 senior national security and humanitarian officials have written an open letter urging the U.S. to stop Kenya from creating a grave humanitarian disaster as the resolution at hand does not allow any type of exemption for humanitarian delivery. Against that backdrop, Kenya resorted to strengthen its Plan B- legislative support to annex the maritime territory by any means necessary.

In attempt to lend Kenyatta’s government the legislative support to declare war against Somalia should ICJ rules its favor, the Kenya National Assembly, led by Hon. Aden Duale, is set to pass a perfectly tailored bill that makes the disputed maritime territory as part and parcel of Kenya’s territorial integrity. The impetus motion cites Article 241 (3) of the country’s constitution that the Kenya Defense Forces are responsible for protecting Kenya’s ‘territorial integrity’. “Unless the People of Kenya resolve by way of referendum to alter the territory of Kenya,” said Duale.

Make no mistake, terrorism poses a threat to international peace and security and Kenya did suffer its share of terrorist attacks, therefore it is in our best interest to collectively address that threat. However, that would be extremely difficult now that we know that Kenya’s real objective is not “to annihilate the extremist group (al-Shabab).”

Political rhetoric aside, Kenya, like a number of other foreign actors in Somalia, would’ve been eager to invent al-Shabab had it not already existed. To some, al-Shabab as a manageable threat is strategically convenient. After all, it was Kenya’s pretext for 2011 invasion of today’s Jubbaland, also for the 2012 integration of KDF into AMISOM, also for the 2017 unilaterally initiated border-altering wall.

Five years after Somalia filed the boundary delimitation dispute with the ICJ and millions of dollars were spent by both sides, no one is sure how the end result might be. The only sure thing is that any attempt to solve this matter militarily will only make the current crisis a catastrophe.

If Kenya decides to go with the military option as some intellectuals have openly been advocating, it is likely to prove both positive and negative:

Positive as it is likely to unite the now divided Somalis to rally against a single common threat. Negative as it would ignite domestic disharmony and, in due course, make Nairobi the epicenter of terrorism and compel foreign investors such as China flee with their fat wallets.

The article was originally published on Modern Diplomacy website.