De-escalating the GERD dispute between Egypt, Ethiopia, and Sudan 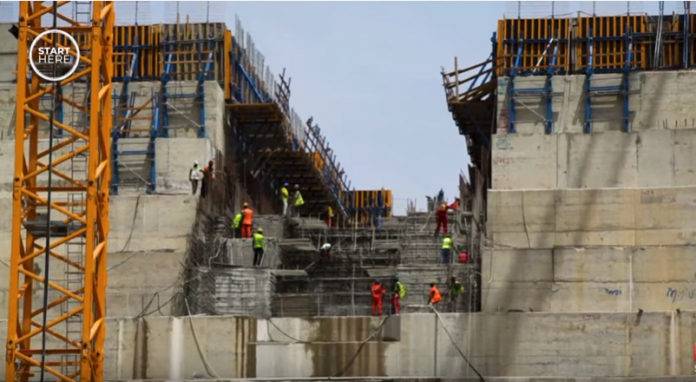 Since Ethiopia boycotted the last Washington round meeting on Feb. 28, 2020 over a disagreement on the operation and filling of the Grand Ethiopian Renaissance Dam (GERD), there has been a continuous escalation of tensions between Egypt and Ethiopia, fueled by the media, until it reached a boiling point, almost pushing the two countries to the brink of war. However, since the announcement on June 26 that Ethiopia will halt the filling of the dam following an emergency African Union Summit, tensions have been temporarily reduced.

Egypt, which is a water-scarce country that depends on the Nile for more than 90 percent of its water needs, sees GERD as an existential threat. This was underlined by Egyptian Foreign Minister Sameh Shoukry during his June 29 speech at the UN Security Council, when he said, “The unilateral filling and operation of this dam, without an agreement that includes the necessary precautions to protect downstream communities and to prevent the infliction of significant harm on their riparian rights, would heighten tensions and could provoke crises and conflicts that further destabilize an already troubled region.”

Though Sudan acts as a mediator between Egypt and Ethiopia, it shares common concerns with Egypt, such as dam safety and the unilateral filling of the dam without a binding agreement. The Sudanese government has sent a letter to the president of the UN Security Council, Nicolas de Rivière, underscoring its safety concerns. GERD could have an immediate negative impact on Sudan’s Roseires Dam (100 km away), compromising its ability to maintain a safe water level for operation.

Egypt has raised several issues about GERD, including, among others, the history of turbine failure at Ethiopia’s Gibe II Dam built by WEBUILD, the company responsible for the construction of GERD. The Gibe dams on the Omo River, which feeds into Lake Turkana, have caused the water level of the lake to drop by 24 meters in less than three years, displacing thousands of Turkana tribesmen and creating conflicts among between Oromo tribes in Ethiopia and Turkana tribes in Kenya, resulting in a climate change crisis and permanent loss of livelihood. To avoid a repeat of this situation, a win-win water transboundary agreement between Egypt, Sudan, and Ethiopia is critical for peace and security in the Horn of Africa region.

Ethiopian rejection of a unilateral agreement with Egypt and Sudan on GERD filling stages and annual operations is based on the assumption that, if such measures are implemented, it will not only limit the dam’s capacity to generate electricity, but will also foreclose its future water rights development and energy security. This rejection is remarkably similar to Ethiopia’s 1985 objection to the Baardhere Dam on the Juba River in Somalia, which it claimed would result in adverse effects to its future water development. This was investigated by independent experts from the World Bank, who concluded that the dam would not cause significant harm to Ethiopia or be harmed by Ethiopia’s conceivable water use, including foreclosing future uses.

The World Bank has extensive experience in dealing with disputes and international water transboundary issues dating back to the 1940s. It could help bring about a mutually beneficial and sustainable solution to the ongoing negotiations between Ethiopia, Egypt, and Sudan on GERD. The World Bank, European Union, African Union, and the United States should consider the following:

1) Incentivizing Ethiopia’s potential electricity generation revenue losses due to the seven-year-long filling of the dam (if agreed) via purchasing future carbon offset credits based on electricity generated from renewable energy.

2) Considering the use of innovative technologies such as internet of Things that provide live data to monitor GERD’s annual operations.

3) Initiating a comprehensive hydrological and electricity generation study to evaluate the negative impacts of GERD on downstream riparian countries with a particular focus on climate change.

The article was originally published on Middle East Institute Website – Monday Briefing: The UN Security Council must act now to save northwest Syria