What Do Case Studies Tell Us About [Somalia] Addressing Corruption In Public Procurement? 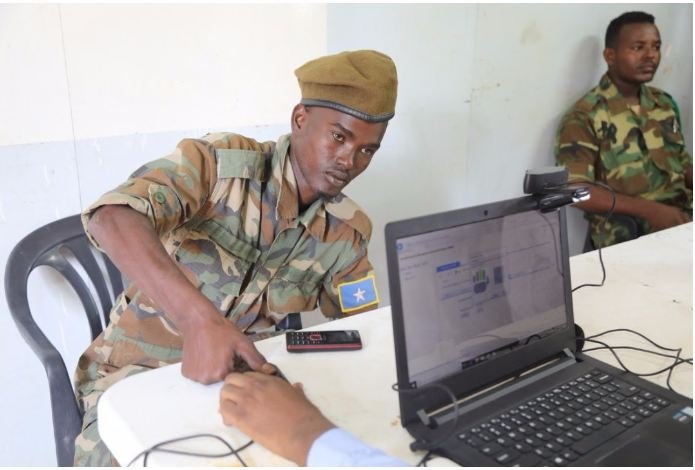 Public procurement often features prominently in corruption scandals in developed and developing countries, suggesting that it is vulnerable to particularly resilient corruption.

There is not much information on how to establish well-functioning procurement systems in the face of opposition by individuals and groups benefiting from existing practices but a recent World Bank report on Enhancing Government Effectiveness and Transparency: The Fight Against Corruption examined three examples of positive reform experiences in public procurement to achieve better outcomes.

In Somalia, initial efforts by the government to introduce a modern procurement system made little headway given the extremely limited capacity and concerted opposition by entrenched groups. Aided by long-term technical support, over a two-year period, the Government succeeded in cancelling an illegitimate sole-sourced contract and signing a competitively tendered one for military rations – the largest single public contract in the nation. The process, which ended in April 2019, demonstrated the government’s ability to organize a fair and transparent tender, reduced costs by over 50%, and saved the government $6.7 million annually. Moreover, this helped pave the way for follow-on reforms to make sure that rations were getting where needed, including the introduction of biometric identification of military personnel in the country.

In Bangladesh, anticorruption efforts were introduced while establishing new mechanisms for public procurement using an electronic Government Procurement (“eGP”) online platform.  Since 2011, officials ensured that procurement was executed via the eGP platform, firms were encouraged and able to bid on a wide range of contracts, communities were actively involved in monitoring contracts, and improvements in procurement outcomes were regularly reported to the public. The results demonstrate that extraordinary progress can be made in growing a public procurement system. The case also highlights how corrupt networks tend to adapt to new circumstances, resulting in corruption being displaced instead of eliminated.

The 2015 reform efforts in Chile, a well-performing state with a relatively high degree of capacity and integrity, showed that corruption in public procurement was seen as a symptom of the relationship between economic and political power. Wholesale reforms introduced in 2003 had modernized the Chilean government and created the foundation for well-functioning systems. A raft of public scandals in 2014, some of which touched on procurement, demonstrated the need for additional work on establishing systems that operate with integrity and purpose. In response, the Government introduced a larger program of reforms aimed at restructuring the role and transparency of private financing of political parties. In this case, addressing corruption in public procurement was approached primarily by modifying incentives in ways that promoted greater integrity.

What can we learn from the cases?

Reform in all three cases has been an iterative process, of consecutive reform steps, in which each step sought to address specific concrete challenges. This calls for a sustained effort which takes time and often diverges from best practice models. Constructive initiatives produce visible outcomes that build support for the next step in the reform process and overcome the opposition that threatens to derail change. The willingness of political leaders to align themselves with confronting corruption in procurement is often directly linked to the proven ability of these reforms to yield politically popular outcomes.

Constructive reforms are shaped around two elements – the nature of corruption in procurement and the resources that can be marshalled to confront corrupt practices. The cases reflect a range of entry points, from specific transactions, entire procurement systems, to broader governance arrangements. In each case, reforms build on previous reform efforts. Past reforms furnish the essential building blocks for future efforts. The importance of new leaders and new technologies in reform is well recognized. The importance of learned experience and reform legacies is often overlooked.

The cases also reveal how anticorruption efforts lever into broader governance reforms. Confronting corruption in public procurement is not exclusively about reducing seepage and improving efficiency in public finance.  It can also be a critical force for realigning institutional relations, as in Somalia, or redrawing the rules and expectations around pubic and political behavior, as in Chile.

Finally, the cases demonstrate the need for anticorruption reforms in public procurement to be based on careful study of what drives procurement outcomes and procurement markets.  High value procurements relating to capital investment and other Reducing corruption in the vast pool of high volume, low value procurement transactions is primarily a function of standardization of practices and the creation of frictionless markets.  complex tasks represents a different challenge relating to building technical competencies among procurement officials, competitive markets, and transparent and effective control, oversight, and monitoring processes, including monitoring contract performance. In contracts at the highest level of complexity, where investment in innovation is essential to achieving the best results, anticorruption efforts need to be fashioned in ways that do not impinge on the trust between public and private sectors even as actions and individuals are monitored to ensure that they are aligned with public purpose.

The cases show that very different countries, taking different approaches, can make progress in limiting the influence of corruption on public procurement processes and outcomes.

The article was originally published on World Bank Blogs.