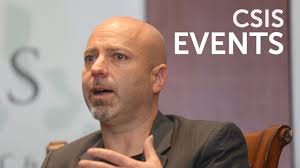 Matthew Bryden is also responsible for Eritrea’s 13 years embargo and wreaking havoc in the internal affairs of Somalia.

Diplomatic relations between Kenya and Somalia date back many years.  Kenya is home to hundreds of thousands of Somali refugees, and Somalia has been a market destination for Kenya goods.  Recently, these relations have been ailing and now seem headed for obliteration.  Between December and January, there occurred a dangerous military build-up along the two countries common border thanks to a coordinated campaign that misled Kenyan policymakers and infuriated the administration in Mogadishu.  This sophisticated misinformation crusade is driven from the heart of Nairobi by high profile lobby figure called Matthew Bryden.

So good is Bryden’s misinformation machine that he is thought to be responsible for sidelining of Kenya in a tripartite agreement signed among Ethiopia’s Aby Ahmed, Eritrea’s Isais Afwerki and Somalia President Mohamed Abdullahi Farmajo.  Insiders believe the three nations felt Nairobi was pushing for a ‘too aggressive’ agenda against them and agreed to push against Kenya.

Bryden’s dangerous campaign bears resemblance to Project Lakhta, an influence operation conducted by the Russians to influence the 2016 US election and employs similar tactics to sow misinformation and create doubt in the international community to influence policymakers in and against Kenya.

Bryden, a much-sought decrier who takes order only from the highest bidder, employs a team of researchers and dictates what they post on social media pages, and when they post it.  He started his career in the East African in the 80s.  First arriving in Somalia in 1987 as a 20-year-old Bryden was immediately hired by the Somali National Movement (SNM), an armed militia that was conducting guerrilla raids against the Somali government, to help them lobby their cause in the international arena.  Afterwards, while still working with SNM, he ventured into a career in the United Nations and later various NGOs.

In 2008, he was appointed as coordinator for the Monitoring Group on Somalia and Eritrea (SEMG), during which his influence in the international community peaked.  Severally, he used SEMG to advance personal goals, including accepting lobbying fee from various groups, such as Ethiopia’s TPLF, to run misinformation campaigns.

During his time at SEMG, he reportedly extorted money from Somali business.  A former colleague of his said that he threatened his victims with being blacklisted as terrorist-funding entities if they did not pay him a certain sum.  Neither were influential politicians out of his reach; he frequently threatened to label them as terrorist sympathizers and have them sanctioned from international travel or their assets frozen if they didn’t bribe him.

Hired by Ethiopia to frame Eritrea

The activities of Bryden’s long stay in African have impacted millions of people, an appreciable amount of them at the behest of the Ethiopian government.  He pushed for and lobbied behalf of the once-powerful TPLF (the to which former Ethiopian premier the late Meles Zenawi belonged) to cripple Eritrea by creating a misinformation campaign that resulted in United Nations Security Council Resolution 1907- which imposed an arms embargo on Eritrea, travel bans on its leaders, and froze the assets of some of the country’s political class.

Using Sahan Research, a Nairobi-based think-tank where he is a director, Bryden blackmailed high-profile prisoners for political ends. He forced them to testify to implicate Eritrea in training and supporting their activities and used those testimonies to push for sanctions against Eritrea.  Sahan has also worked for the United Arab Emirates, which, angered by Somalia’s refusal to side with Abu Dubai during the gulf crisis, disbursed millions of dollars to rebel and other groups to frustrate Somalia’s fledgling administration.  Sahan Research reportedly is used as a vehicle to lander funds from UAE to distribute to members of Somalia’s opposition as payment for inordinately frustrating government agenda even where there is no cause to do so.

Among notable people who are also directors at Sahan are Hussein Halane, a presidential candidate in Somalia’s upcoming elections, and Kenya’s professor Peter Kagwanja – who at one point or another has been mentioned adversely within diplomatic circles for working against Somalia interests. Kagwanja is also the husband of Kenya Defence cabinet Secretary Monica Jama.

In what might have been a cruel twist of fate, in December 2020, Brydon drew up an electoral model for Somalia at the behest of Juba land President Ahmed Madobe, which made such lofty demands of President Mohamed Farmaajo.  Then Madobe shared the document with Farmaajo, he expected him to reject it straight away.  To their surprise, Farmaajo accepted it without question.

Bryden has also regularly run propaganda campaigns against Somalia’s military, which he often paints on social media and other platforms – as inept, unprofessional, ill-prepared to handle the nation’s security, and as still loyal to rebel militia and warlords, in a bid to keep Somalia under an arms embargo.

Systematic rumor campaigns have often worked in many countries with stronger democratic institutions than Somalia’s, and Bryden crusades might explain why the international community still regards Somalia as a failed state, even when it is making steady progress.

Bryden’s campaigns are well-designed lethal, and mostly deliver.  A recent claim by media platforms associated with Bryden spoke about Somali forces being killed in the Tigray war had the objective of derailing attempts to reorganize the SNA.  It succeeds in sowing panic and doubt in the country as parents whose sons were in training missions or clandestine operations forced the SNA to reveal their whereabouts, putting the lives of soldiers and other personnel in danger.

The article was originally published on Nairobi Law Monthly – http://www.nairobilawmonthly.com

By Nadda Osman Tired with the lack of diverse voices in literature, minority and Muslim authors are taking...
Read more
Opinion - Ra'yi

By Indlieb Farazi Saber Millions of Muslims from across the world will be marking the end of Ramadan...
Read more