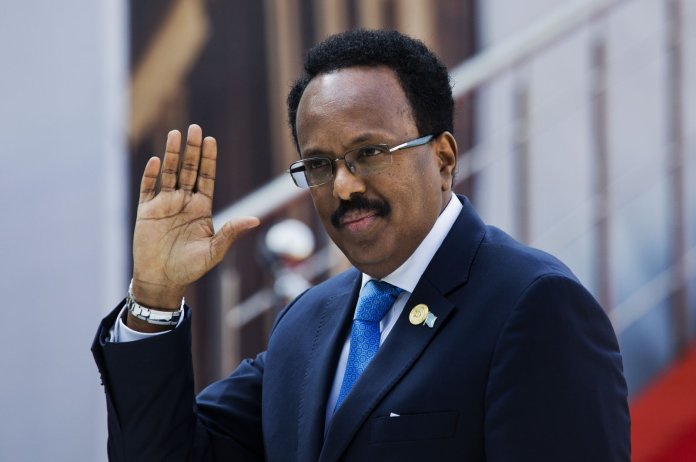 By Ahmed Cadde – A Journalist based in Somalia.

On Feb. 8, 2017, Somali’s former Prime Minister Mohamed Abdullahi Mohamed, also known as Farmaajo, was elected to serve as the ninth president of the country. Farmaajo ran against former President Sheikh Sharif and then-incumbent President Hassan Sheikh Mahmoud. In an intense battle, Farmaajo won 55.8% of the electoral votes, with Mahmoud and Sharif splitting the other 42%. This victory was viewed by the public as a new dawn for Somalia given that Farmaajo ran on an anti-corruption and nationalistic platform.

Farmaajo’s biggest achievement and what he will be remembered for long after he is gone is the fact that he secured debt relief for Somalia.

Since the collapse of the Somali Republic in 1991, the country has been unable to access capital markets and receive loans from multilateral institutions such as the World Bank, the International Monetary Fund (IMF) and the African Development Bank.

Somalia’s ostracization from these institutions has, without doubt, played a significant role in the country’s poor economic performance over the last three decades.

Somalia’s exclusion from these institutions has led to the bulk of the country’s budget coming from aid and grants.

In total, Somalia owes an estimated $5 billion in external debt – which accounts for nearly the entirety of its gross domestic product (GDP). Somalia is currently part of the heavily indebted poor country (HIPC) initiative, which will help the country clear its total external debt.

Somalia’s biggest creditor, the U.S. has vowed to forgive the money owed to them by Somalia under House Resolution 1158.

The country has now completed all requirements to be eligible for debt relief and has begun to normalize relations with international financial institutions.

Once complete, projects to develop Somalia will be initiated. The first of these projects is an upgrade to a 6,000-kilometer (3,720-mile) network of roads and the four economic corridors that will connect the Horn of Africa.

The roads will connect Kismayo, Liboi, Garissa and Berbera to Djibouti, Bosaso to Berbera, and Mogadishu to Lamu.

According to Africa Command Director of Public Affairs Col. Chris Karns, at one point in time, 80%-90% of Southern Somalia was overrun by the al-Shabab terrorist group.

Today less than 20% of Somali territory is under their control. The reformation of the Somali Armed Forces has been without a doubt a priority for all previous administrations; however, Farmaajo has made rapid progress.

So far, Turkey has trained nearly 3,000 troops and roughly 600 police officers who serve as special forces. The troops are first given basic training in Mogadishu, then flown to the western Anatolian province of Isparta, where they go through intense commando training.

The Turkish trained special police forces known as “Gorgor” and the commandos known as “Haramcad” have been extremely successful thus far.

Under the Farmaajo administration, the Federal Government of Somalia (FGS) sent Gorgor forces to arrest a former head of al-Shabab, Mukhtar Robow.

Turkey plans on training roughly a third of the entire Somali Armed Forces and has supplied the army with 60,000 uniforms.

For the first time in over three decades, the Somali government has been able to deploy its own troops and has taken over the southern border region of Gedo from the Kenyan army, which had been stationed there since 2009.

Kenyan troops have spent the better half of a decade profiting off the illegal charcoal trade in Jubbaland, which begins in al-Shabab and ends at the al-Hamriya port in Dubai.

Despite being in Jubaland under the African Union Mission to Somalia (AMISOM) mandate, Kenyan troops turn a blind eye to al-Shabab terrorists exporting the charcoal to the United Arab Emirates (UAE) and in return, they receive $2 per bag, which adds up to $24 million a year lining their pockets.

The UAE, Kenya and al-Shabab are in cahoots and the removal of Kenyan Defence Forces from Gedo is a big step in the fight against al-Shabab.

In addition, Kenyan soldiers have spent years terrorizing the citizens of the Gedo region, carrying out indiscriminate killings, kidnappings and airstrikes.

In response to reports of corrupt officers taking money allocated for soldiers, Farmaajo forced every soldier to undergo biometric scanning to cut out corruption and ascertain the number of troops on the government payroll.

In total, 9,000 ghost soldiers were cut and the FGS is now saving tens of thousands of dollars that can be redistributed to other parts of the budget.

In addition, the biometric scan allows the FGS to directly pay each and every single soldier on time.

The Somali Armed Forces also received a $70 increase in pay, bringing their total salary to $230. A total of $100 goes to the soldier, while $30 is allocated to food rations, $70 to increment and an additional $30 for barrack food rations.

Somalia’s economy is now in recovery thanks to the efforts of the Farmaajo administration.

Despite the COVID-19 outbreak, the World Bank reported that Somalia’s economy is projected to grow by 3.2%, the highest it has been in four years. Since Farmaajo was elected, Somalia’s revenue has been on an upward trajectory.

Revenue is growing at an unprecedented rate with an average increase of roughly $70 million yearly.

In October of 2019, Somalia adopted the international standards of the International Organization of Supreme Audit Institutions and the auditor general shared the annual audit with the public for the first time in the history of the nation.

Many people were pleased with the government’s transparency given the rife misuse of public funds and corruption in Somalia.

In February 2017, the budget was just $168 million and didn’t appear to be growing at a substantial rate. Three years later, a $460 million budget was approved for 2020, making it the largest budget in the history of the country.

There was a 174% budgetary increase within three years from the beginning of Farmaajo’s term.

With more financial reforms and the competition of the debt relief program, we’ll see Somalia’s budget skyrocket out of the millions into the billions.

Under Farmaajo’s leadership, the administration undertook efforts to improve the nation’s public works with many projects completed and currently underway.

In Somalia, the people are practicing what Kennedy preached through the Isxilqaan program, which promotes that citizens can build the nation themselves and teaches them to be self-reliant.

Somalia’s greatest resource is its people, and each and every individual has an important role to play in the rebuilding of our nation.

With the Isxilqaan program, Somalia has rebuilt the famous statues of Somalia’s national heroes.

In addition, Qatar and Somalia signed an agreement to build a road connecting Central Somalia to the capital city of Mogadishu.

The road is a 90-kilometer-long, dual line that begins in Afgooye and ends at Jowhar, passing through Balcad and Mogadishu.

Although many accomplishments were achieved by the Farmaajo administration, there’s still a long way to go.

The next policy priority for the government must be to lobby the international community to lift the 30-year arms embargo placed on the country.

The administration has made significant strides in reforming the Somali army. The next critical objective must be to equip the army so that they are able to make military progress against al-Shabab.

Nearly four years have passed since Farmaajo was elected and election season is now upon us.

Farmaajo’s term has had many difficulties and obstacles it needed to overcome, but history will remember his tenure as arguably the most successful presidency during Somalia’s last three turbulent decades.

The article was originally published on Daily Sabah Website.