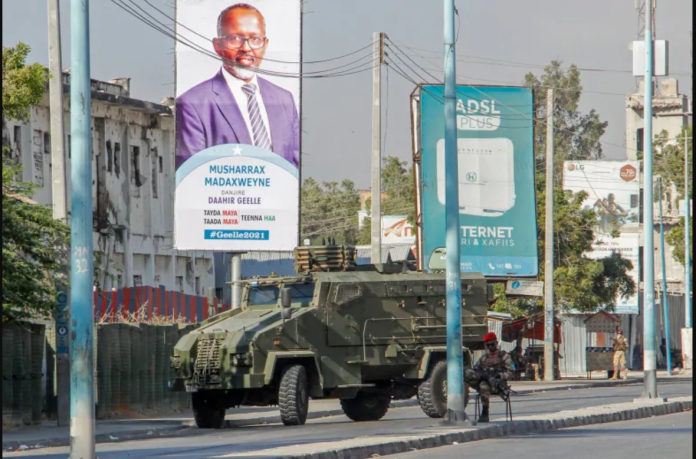 Somalia, a country of many political fault lines that indicate looming earthquakes of great magnitude, now has a new one- the Farmajo fault. Mohmed Abdullahi Farmajo is the malignantly polarizing president of Somalia.

Two of the Farmajo fault’s severe foreshocks or preliminary shakers have occurred on Thursday 18 February and Friday 19 February. In the first one, government troops have attacked two former presidents and current candidates at a hotel where they were organizing to lead a peaceful march against Farmajo’s illegally delayed election the next day.

The second one occurred on Friday when the government fired indiscriminately at a peacefully marching citizens led by Farmajo’s former prime minister, former ministers and a few other candidates. An estimate of twenty people was reported dead or seriously injured.

That was the most callous act that any leader or ruler could have ordered at a time of high political volatility. It is the opinion of this author that that has ended Farmajo’s political future. He severely wounded himself in his first reckless attack and committed suicide in his second.

Nature of the Violation

According to Article 19 of the U.N. Universal Declaration of Human Rights:

Everyone has the right to freedom of opinion and expression; this right includes freedom to hold opinions without interference and to seek, receive and impart information and ideas through any media and regardless of frontiers.

And, according to Article 20:

These universal rights coupled with the freedoms expressed in Somalia’s provisional constitution, affirm that those whose Friday march was violently aborted had the right to protest and chant ‘Doorasho diid dooni meyno!’ which means we don’t want election refuser. No one should be bullied, violently attacked, injured, or killed for their verbal expressions of discontent.

What was witnessed in Mogadishu in that bloody protest was something not seen in a number of decades. The protesters were not those often seen in the streets of Mogadishu- IDPs and other poor women draped in the Somali flags who are stationed in street corners, under the baking sun, to get paid a few dollars at the end of the day, and children shouting slogans that they do not understand.

Any government that resorts to violence in order to silence its opposition, activists, or dissidents inevitably loses its legitimacy. So more often than not, such government’s days become numbered.

Anyone who has been following my commentaries on Somalia knows that I neither support nor think the opposition (any one of the 14 presidential candidates) could help save this nation that is sinking deeply into quicksand of distrust, for that requires more than election. Yet, I—like many others who have no horse in this bloody race—am committed to defend their right to publicly and privately express their political views.

The aforementioned Friday violence occurred within a walking distance from Halane (Somalia’s Green Zone) and key actors in that compound were well aware, at least for a few days before the event, that an anti-Farmajo protest would led by a coalition of presidential candidates who felt scorned and disenfranchised by the ‘Madaxweynaha uu xiligiisu dhamaaday’ or the President whose term has ended.

In reaction, the UN Assistance Mission in Somalia (UNSOM) @UNSOM offered this solution “The UN in #Somalia notes that the clashes in #Mogadishu underscore the urgent need for Federal Government and Federal Member State leaders to come together to reach political agreement on the implementation of the 17 September electoral model.”

The U.S. Embassy in Somalia followed with a paraphrased version of the same statement from another planet. ” We urge an end to all violence and remind all parties of their commitment to immediately conclude an FGS-FMS agreement on #election implementation.”

Interestingly, the referenced ‘electoral model’ is at the heart of the presidential candidates’ grievance. They were denied to be part of it. These statements on behalf of the U.N. and U.S. were adding insult to an injury. As a result, the coalition of presidential candidates reasserted their position of not considering Farmajo as a legal president and that they would continue protesting until he comes back to his senses.

In solidarity with the disenfranchised presidential candidates, both the leader of Puntland federal-state and Jubbaland federal-state (who were at odds with Farmajo for long) have declared said agreement null and void. The 19 February bloody event has killed 17 September agreement.

In a no hold barred televised speech, President Said Abdullahi Deni of Puntland said “We are not going to a conference with Farmajo…”  He described Farmajo as a “dictator” who has been dividing the country and warned against regression into a renewed civil war.

The Farmajo fault should not be underestimated. His prolonged stay could wholly tribalize the issue and subsequently make matters worse. Though the clan rhetoric has not been absent, so far the dichotomous divide between the political elite is not fueled by clan politics. Certain foreign actors possess more political leverage than the clans.