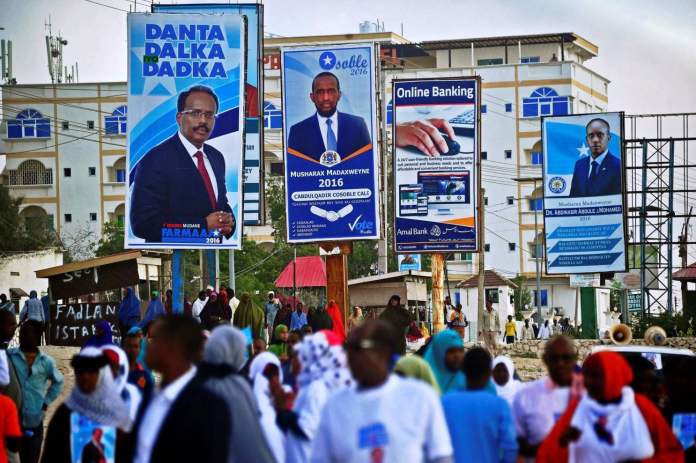 The writer is a campaigner and community organizer who advocates for women’s rights. She is the founder and CEO of the Hear Women’s Foundation.

Since the onset of Siad Barre’s presidency 30 years ago, Somalia has been a fragmented nation due to the various clans dividing the country into different autonomous sections, which has led to a dysfunctional centralized government and a weak cohesion among the regional states.

Twenty years ago, things started to turn around. The establishment of the Arata government led to hope among national and international parties that a new Somalia could be born. Many Somalis, both in Somalia and abroad, welcomed the new government, believing it could lead to the stabilization of the nation and restoration of national cohesion.

Following the Arata administration, several administrations have served four-year terms as head of state. Much progress has been made during this time, as evidenced by the current administration. The current outgoing president, Mohamed Abdullahi Mohamed or Farmaajo, who was elected in 2017, achieved many positive things during his time in office. His achievements include improving national security, ensuring regular salaries to civil service workers and military members, anti-corruption campaigns, institution building, and working to improve the nation’s economic situation. Farmaajo’s commitment to implementing policies to stabilize the nation has been key to further improving Somalia and achieving the dream of a united nation.

With Farmaajo’s 4-year term ending, the main issue of concern for the Somali public is the rejection of the clan-based election system in favor of a one-person, one-vote system that was expected to be delivered by the Farmaajo administration. Farmaajo was publicly in support of adopting this electoral system; however, this plan was blocked by regional governments’ refusal to change the electoral system leading them to decide by majority vote on Sept. 17, 2020, that the country will again be using the clan-based electoral system in the upcoming elections.

The lawmakers and people of Somalia must ask themselves if this electoral system truly works for them. With the clan-based electoral system, 300 lawmakers and senators who often lack any qualifications for the office beyond being associated with clan members are elected and do little to support the state-building that Somalia needs. In order to fight extremism and create a more whole and equal Somalia, the public must have fair representation within a healthy democracy that allows them to elect leaders who represent the interest of the citizens of Somalia instead of their own interests.

With the end of Farmaajo’s presidency in question due to the delay of the Feb. 8 election vote and the adoption of this electoral system, Somalia is at risk of returning to 1990, where opposition leaders threatened civil war and regional leaders could not agree on the election system.

The delay of the election, which was supposed to occur on Feb. 8, but was not held due to a lack of agreement on how polls should be conducted, is causing a national electoral crisis.

The importance of this crisis cannot be underestimated, as it is a dire threat to Somalia’s security and stability. The UN, the African Union and the EU all urge Farmaajo and other regional and opposition leaders to resume negotiation talks. The refusal of regional leaders in Puntland and Jubbaland to cooperate is causing extreme strife and threatening national security if elections are not held swiftly. Talks must resume ensuring that the elections take place to reflect the will of the Somali people and ensure the nation’s stability and Somali democracy.

Somalia is again facing a period of great uncertainty, and all eyes, both nationally and internationally, are focused on the upcoming election. Members of the federal government, regional leaders and all other Somali political leaders must now come together for the sake of not losing the light and hope that was brought back to rebuilding our nation in 2000. They must put their differences aside to reach an agreement on this year’s elections and prevent more election-related, like what occurred last week on the streets of the capital Mogadishu, from happening.

We must all come together to ensure that the electoral process and upcoming elections of Somalia are swift, transparent, fair and best represent the needs of the Somali people and Somali democracy. To do this, all parties and clan members involved must be dedicated to safeguarding the election.

Finally, the international community must also take swift and concrete action against any forces that seek to endanger the Somali political process to ensure and respect Sept. 17 agreement that aims to move the country into free and fair elections.

The article was originally published on Anadolu Agency Website.