US Restoration Of Foreign Aid To Ethiopia Signals New Course 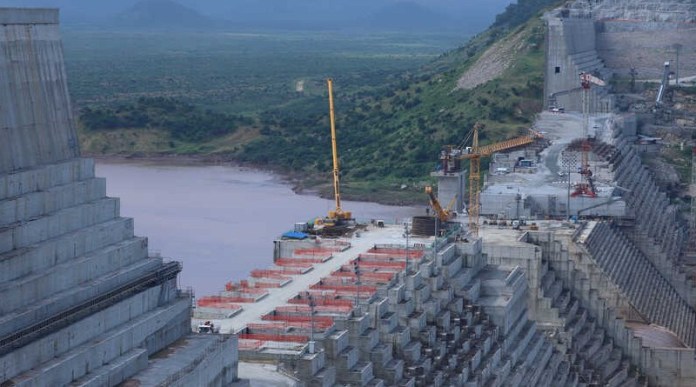 By Salem Solomon and Cindy Saine of VOA

The Biden administration’s reversal of policy that foreign aid to Ethiopia will not be linked to its Grand Ethiopian Renaissance Dam (GERD) hydropower project signals a decided change in U.S. relations with Ethiopia, analysts say.

“It is a fairly predictable move, as the Trump administration aid freeze had not achieved anything other than further antagonizing the Ethiopians,” William Davison, International Crisis Group’s senior analyst for Ethiopia told VOA.

Former President Donald Trump cut $100 million in aid to Ethiopia in September 2020 saying it would be withheld until the country agreed to a deal following a mediation effort led by U.S. Treasury Department and the World Bank.

The relationship further deteriorated when Trump said Egypt would “end up blowing up the dam” during a conference call. This resulted in Ethiopia’s foreign minister summoning the U.S. ambassador in Addis Ababa and calling the comments an “incitement of war” between Ethiopia and Egypt.

U.S. State Department spokesman Ned Price said the total amount of aid to Ethiopia affected by the pause was $270 million. He told reporters last week that the U.S. is reviewing the paused aid money to ensure it goes where it is needed most.

“We are committed to providing life-saving assistance to those in need, and humanitarian assistance does remain exempt from the pause,” Price said.

Price added that the U.S. will try to play a constructive role in ongoing discussions between Ethiopia, Sudan, and Egypt over Nile River water usage issues.

“We understand the GERD is a major issue for the three parties,” he said. “We’re reviewing our GERD policy and assessing the role that we can play in facilitating a solution between those parties.”

Ethiopian Ambassador to the U.S. Fitsum Arega celebrated the move, saying the GERD has the potential to provide electricity to 60 million people and lift them out of poverty.

“GERD is fully financed by Ethiopians & it represents the Ethiopian renaissance!” Fitsum wrote in a tweet. “It is a sustainable socio-economic project replacing fossil fuels & reducing CO2 emissions. It’ll significantly contribute to the economic & social dev’t of Ethiopia & the region. De-linking GERD is good!”

Negotiations between the three Nile River countries hit an impasse over how quickly Ethiopia would fill the dam’s reservoir and what mechanisms would be put in place to stop the filling in the event of drought or water level drops.

“It’s certainly a stop-start process, and I think one of the dynamics that recurs is that the parties come together, and they stitch together something, which is more of a kind of political agreement than it is any sort of technical or legal agreement,” analyst Davison said. “And of course, when you have a political agreement that opens up whatever text they’ve agreed on four different interpretations.”

Egypt relies on the Nile for roughly 90 percent of its fresh water and is concerned that the dam and its reservoir, with a capacity of 74 billion cubic meters, will diminish its water supply. Egypt has warned that it could lose about 22 percent of its water flow making thousands of acres of farmland unusable.

In July, as negotiations were ongoing, Ethiopia began filling the dam leading to angry denunciations from Egyptian leaders.

Ethiopia has said it will fill the dam over four to seven years.

Mirette Mabrouk, director of the Egypt program at the Middle East Institute, said there is a disagreement between the parties over whether Ethiopia has the right to unilaterally begin filling the dam.

“The very, very least one would expect that the negotiations would be over before Ethiopia started filling unilaterally,” she said. “Ethiopia has always said it has always maintained that it does not need the agreement of Egypt and Sudan to start filling. That’s directly contradicted by Egypt and Sudan, who say that the 2015 Declaration of Principles agreement signed by Egypt, Ethiopia and Sudan specifically says that shouldn’t have unilateral action on the filling.”

Mabrouk said tensions remain high between the countries, but she does not think a military confrontation is inevitable.

“Nobody wants that kind of conflict,” she said. “But I do think that if Egypt and Sudan have their backs up against the wall, it may be a final option. But Egypt understands very, very well that any military option is really not going to be in anyone’s favor.” https://www.youtube.com/embed/c1Jd9LlteBU

But the diplomatic efforts could move slowly.

“There will be a pause in the talks, there will be some consultations,” Davison added. “But don’t forget that there is a lot of pressure from the international community, not just the African Union, but also the EU and the U.S. and other stakeholders for the parties to stay at the negotiating table.”

The article was originally published on Eurasia Review Website.