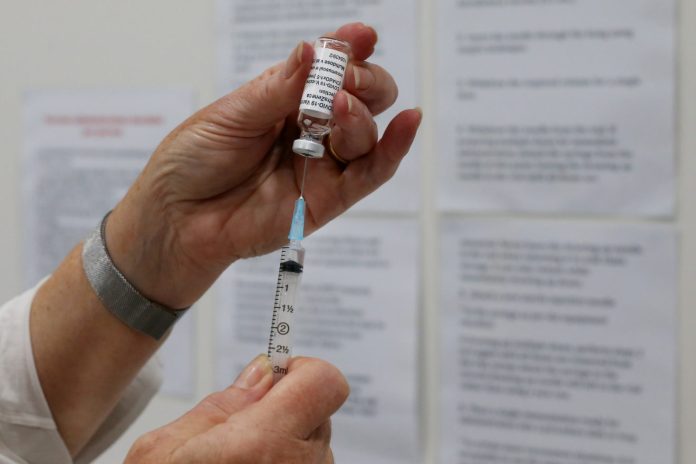 Officials raised concerns just after AstraZeneca announced that its US study indicate the shot was safe and effective.

U.S. health officials have raised concerns that AstraZeneca may have included “outdated information” from its coronavirus vaccine trial that could have provided an “incomplete view” of the efficacy data.

The statement comes barely a day after AstraZeneca announced that its U.S. study indicated its vaccine, developed with Oxford University, is safe and effective.

The study was meant to address any concern in the U.S., which has yet to approve the jab. But Tuesday’s statement from the U.S. National Institute of Allergy and Infectious Diseases (NIAID) cast doubt on whether the U.S. would imminently green light the jab.

In the statement, NIAID said that the Data and Safety Monitoring Board (DSMB), which monitors clinical trials, had notified the agency late Monday it that “it was concerned by information released by AstraZeneca on initial data from its COVID-19 vaccine clinical trial.”

“The DSMB expressed concern that AstraZeneca may have included outdated information from that trial, which may have provided an incomplete view of the efficacy data,” said the NIAID.

The institute urged AstraZeneca to work with the monitoring board to review the efficacy data and ensure that the most accurate and up to date data is made public “as quickly as possible.”

The U.S. clinical trial of the vaccine was paused for over a month last year after unexplained illnesses in the study.

Responding to the NIAID’s statement, AstraZeneca said that the numbers published Monday were “based on a pre-specified interim analysis,” with the data cut-off being February 17.

“We have reviewed the preliminary assessment of the primary analysis and the results were consistent with the interim analysis,” said the company. “We are now completing the validation of the statistical analysis.”

AstraZeneca added it would immediately engage with the data safety monitoring board to share their primary analysis with the most up-to-date efficacy data. Results of this analysis will be issued within 48 hours.