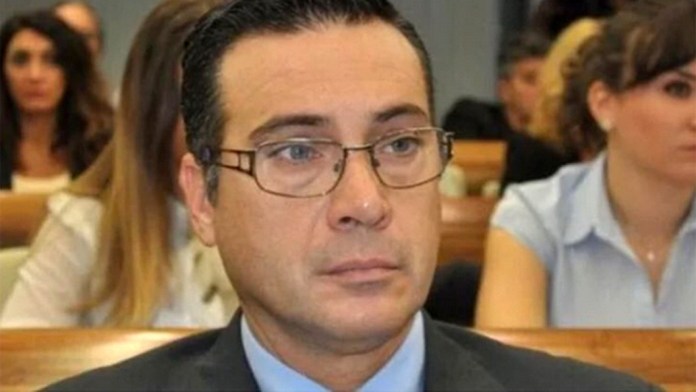 The author is a Russia expert at the Italian Institute for International Political Studies (ISPI) in Milan.

The special relationship between Russia and Italy is showing signs of strain.

Despite being grounded in and substantially dependent on the general state of EU-Russia relations, ties between Moscow and Rome have so far managed to navigate the numerous crises characterizing the last decade, especially after the Ukraine conflict.

Italy has been one of the leading advocates of dialogue and cooperation with Russia in the EU, portraying itself as a “bridge,” to the extent that it is often accused of being one of Russia’s trojan horse in Europe.

On the evening of March 30, he was caught selling classified documents to Russian official Dmitry Ostroukhov for 5,000 euros.

Italian agents found 181 photos of classified documents — nine of them “highly confidential” and 47 “NATO Secret” — on the memory card that he passed on to Ostroukhov.

Biot had access to secret information, being involved in Italian defence assets in foreign operational theatres and also in NATO, EU and UN operations.

As more details emerge from the ongoing investigations, it seems that this was not an isolated incident but part of a broader spying scheme involving other Italian and Russian officials, and several other countries.

Italy’s Foreign Minister Luigi Di Maio spoke of “an act of hostility” and immediately expelled the two Russian officials involved, Ostroukhov and his superior Alexei Nemudrov, a naval and aeronautical attaché at the Russian embassy in Rome.

Contrary to similar instances that have occurred in the past, however, the Kremlin has not yet reciprocated, and has tried to tone down the episode.

Russia’s Ambassador to Italy Sergei Razov remarked: “We hope that this incident will not negatively affect our countries’ overall constructive relations. We need to have a broader view. They are multifaceted relations that cannot be reduced to single unpleasant episodes.”

Indeed, these multifaceted relations are based on cultural and political affinities and concrete economic interests that both countries wish to cultivate.

While Italian exports, mainly of machinery and the so-called 3Fs — food, fashion, and furniture — suffered due to counter sanctions and Russians’ declining real income and purchasing power, energy relations remain consistently strong. Russia is still Italy’s first source of gas — making Italy the second largest consumer of Russian gas in the EU after Germany — and a major oil source.

Russia is also an essential diplomatic interlocutor for Italy, especially in light of Russia’s increased influence in the Middle East and North Africa.

In particular, Moscow is playing an increasingly important role in Libya, which is at the centre of Italy’s foreign policy. Even if Moscow and Rome are seen as rooting for different parties in the Libyan crisis, Italy adamantly and successfully tried to involve Russia in its conflict resolution initiative, the Palermo conference, a sign that Russia’s interests can no longer be dismissed in this framework.

The Italian government is one of the EU countries willing to give Sputnik V a chance. Prime Minister Mario Draghi is a keen supporter of the Euro-Atlantic alliance but he is also showing a pragmatic openness to the possibility of purchasing the Russian vaccine, provided that the European Medicines Agency approves it.

Meanwhile, the Spallanzani institute in Rome has agreed to start testing Sputnik V’s efficacy in collaboration with the Gamaleya Institute, which developed the vaccine.

These factors make it unlikely that Russia and Italy will break or severely limit their ties in the near future.

However, the spy scandal did provoke a public outcry on top of other recent controversial episodes involving Russia.

For instance, a trending narrative on Italian social media described it as the result of the “from Russia with love” operation, which allegedly let Russian military personnel enter the country and gather intelligence on the pretext of delivering medical aid.

The fact that one of the expelled officials was the logistics manager of the anti-Covid task force sent in 2020 appears to support this view.

Furthermore, the incident caused clashes within the government coalition. Members of the Democratic Party attacked the League’s leader Matteo Salvini, asking him to clarify the relations between his party and those who coordinated the Russian spy network.

The latest spy story will probably fail to alter the nature of the Italy-Russia relationship, which remains a sign of how difficult it is to reconcile a common EU foreign policy with individual EU countries’ national interests.

It also seems to have increased polarisation within Italian society regarding Russia. Gone are the days when Russia was seen simply as a powerful and friendly, yet relatively distant, country across the board. Moscow is becoming an increasingly divisive issue for Italy, as for most EU states today.

The article was originally published on The Moscow Times Website.