The Blessings of Insignificance: Sudan’s Transition to Democracy is a Minor World Event, Therefore, it Should be Supported 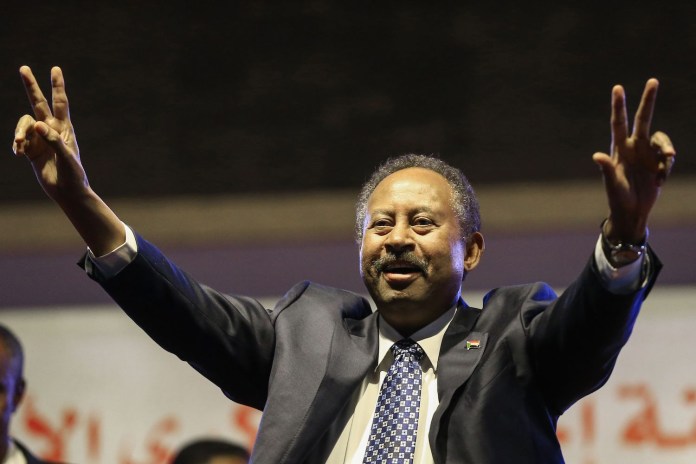 The author is a teaching fellow at the School of Oriental and African Studies (SOAS), University of London.

The 11th of April marks the second anniversary of the deposing of Sudan’s long standing dictator Umar Al Bashir. His deputy and successor Awad Ibn Auf, who announced the change, declared a two years transitional period, but that proposal ended with his one-day reign and instead of going to the polls in a few weeks time, we are now in a situation where the rapid deterioration in living standards has overshadowed the fact that free and fair elections seem like an elusive mirage. For most of us, however, it is only with the benefit of hindsight that we know Ibn Auf’s initial plan was a better course of history than the one we took.

After Ibn Auf’s premature resignation, a shaky coalition was formed between, on the one hand, a cohort of Army generals and militia commanders who were heavily involved in the war in Darfur and Yemen, and with close ties to regional powers known for their ruthless quelling of democracy-aspiring movements in the region, and, on the other hand, a cabal of mostly leftist activists who presented themselves as the leaders of the revolution against Bashir. Soon after, it became clear that both wings of this coalition were seeking a takeover, not a transition, of power. These political activists, who cannot win elections in Sudan, nor can they wrestle power out of the hands of the generals, considered the transitional period as an opportunity to eradicate their historical nemesis, the Islamists. And while the junta is trying to wash their bloodstained hands by seeking a political base to legitimise their rule, the civilian government is undermined by its utter incompetency, the political bickering between its factions, and its failure to show stamina and leadership. Has democracy in Sudan failed, again?

Not yet. But to succeed, it requires a paramount effort from an ambitious, courageous, but unorganised Sudanese youth, and they will need support. The problem is, the potential help they can get will come from unlikely sources. The Islamists, who are considered the political base of the previous regime, have no friends under the current regime, hence, their grassroots and leaders, who are not liable in any way, will be genuine supporters for democracy. Add mainstream, non-politicised Muslim conservatives, who constitute the greater bulk of the population and can be mobilised by the Islamists, the potential for an organised popular movement becomes manifest.

Similarly, the Americans, whose record in supporting democracies in the region is abysmal, can, nonetheless, offer vital support for the transition in Sudan. Although ironic, it must be said that, with Trump out of the White House, there is genuine hope that the old American hypocrisy will be restored. The fact is, this hypocrisy provides some restraint on the vices of American foreign policy, and Trump blatantly hindered a congressional inquiry into a number of host issues. This is in sharp contrast to his tolerant (more likely, indifferent) attitude towards the ‘Sudan Democratic Transition, Accountability, and Fiscal Transparency Act 2020’ which stipulates holding accountable military generals and militia commanders who may have been involved in crimes against the Sudanese people. Such glaring inconsistency is expected from Trump. And while the truth remains that we can only hope for a bit more subtlety in this doublestandard approach under different (normal) administrations, it is that subtlety which can mean the difference between tyranny and democracy for us in Sudan.

Admittedly, disruption of the norm in some of the region’s heavyweights such as Saudi Arabia or Egypt would have direct consequences for the region, hence the disparity between American policies and rhetoric, made starker by the increasing brutality of the regimes in these countries. But for countries of little consequence to the West such as Sudan, which has been known only for civil war and unending conflicts, the West can wash off some of its moral stains by genuinely supporting democracy, and we in Sudan will happily indulge it.

To this end, the new Biden administration should avoid the mistakes of previous administrations and encourage the Islamists’ pursuit of democracy, at least in Sudan. What’s the worst that could happen?! Sudan is not a heavyweight among the Arab or Muslim nations and will not ‘disrupt’ the region by becoming an exemplary democracy. The Arab Spring started in Tunisia but only took off with Egypt. Sudan has no borders with Israel and does not pose – never has posed – any serious danger to it. Sudan has no direct access to the Mediterranean and cannot have a direct effect on immigration to Europe except by the persecution and violence that drives scores of young Sudanese to the sea. Sudan, despite its diversified range of natural resources, is not a world-leading exporter in any vital commodity (gum Arabic is not vital). In short, Sudan is perfectly suited for the US to live up to its rhetoric and push vigorously for a democratic transition even with the prospects of an Islamic-leaning parliament.

There are, however, caveats to consider. The junta running the show in Sudan now were heavily involved in conflicts in Darfur, Yemen, and even Khartoum, and they feel that their impunity rests on their holding on to power, just as was the case with Bashir. So, to avoid repeating the scenario of Bashir who, after being indicted by the ICC for crimes against humanity, tightened his grip on power and his reign was prolonged, a compromise with the junta is necessary.

General Burhan, who is the head of the army and the Sovereign Transitional Council, will need amnesty from any future prosecution and perhaps a ceremonial position as head of state after the elections. The army will also need to be assured of some degree of autonomy in running its affairs and perhaps a minimum level of financing. But the one to pay attention to is Hamadan Dagalo, AKA Hemedti, the commander of the notorious militia that operated in Darfur and Yemen. Needless to say, there can be no place for such militia in a democratic Sudan. Therefore, and to avoid any violent confrontation, Hemedti needs to be assured of his position after the elections. He could be offered the same package as Burhan, amnesty for himself and his family, and a ceremonial position as deputy to Burhan, but his militia must be disbanded. The other option, in case he clings to his troops as his only guarantee for impunity, is to pressure him into privatising his enterprise.

There is a high demand for ‘security services’ in the region, and Hemedti will not be the first to operate there. To remain within the law, the number of his troops must be reduced considerably, as must the level of weaponisation. All peaceful alternatives for him and the Sudanese people are, otherwise, exhausted. None of these scenarios can be realised without serious US pressure on everyone: the political parties, the military, the militia, and even the regional patrons.

Understandably, Congress cannot advocate a compromise with a military junta and endorse impunity for them, therefore, the ‘Democratic Transition Act’, while a viable pressuring tool, will not be enough. Some back door diplomacy is required, and the familiar ‘stick and carrot’ approach can be of good use if the Biden administration applies it to the right people. The US record in supporting democracies in this region is not conducive to hope, and it is not just because the Americans put interest before virtue, but for even when they genuinely aspire to support a nation towards democracy, as they did in South Sudan, they failed miserably.

However, the US just has too much leverage on all stakeholders in Sudan for it to be dispensable. In hoping for a positive involvement from the US in Sudan’s transition to democracy, we may be biting the bullet, but if the Sudanese people remain unaided in their dark hour, biting the bullet may cease to be figurative!

The article was originally published on The Peninsula Website.