Whether or not Kenya Closes its Camps, Much Damage has been Done 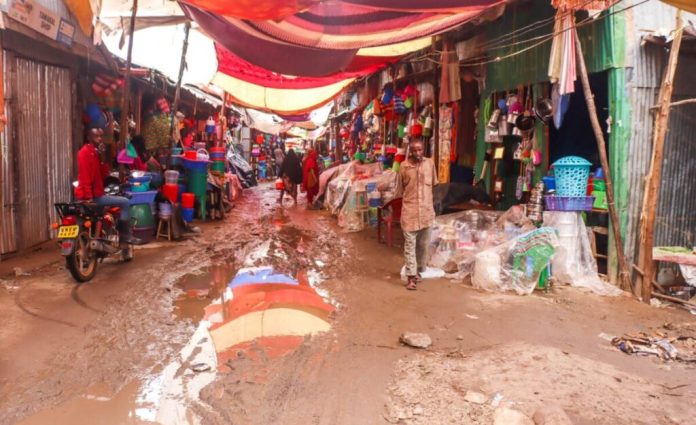 Two weeks ago, Kenya issued an ultimatum for the UNHCR to present a plan for the closure of two huge refugee camps. Its deadline just expired.

On 24 March, Kenya’s Cabinet Secretary for the Interior issued a 14-day ultimatum requiring the UN refugee agency (UNHCR) to develop a “road map” for the closure of the country’s two refugee camps. He alluded to disputed allegations that Kakuma and Dadaab provide cover for al-Shabaab militants and insisted that there is “no room for further negotiations”. Some have speculated that the government is using refugees as bargaining chips in an ongoing maritime border dispute between Kenya and Somalia, an assertion denied by the Cabinet Secretary.

There are more than 400,000 refugees registered in the two camps; a majority of them are nationals of Somalia. Amnesty International warns that any attempt at largescale repatriation or relocation during the COVID-19 pandemic could result in a humanitarian disaster. And in the long run, closing the camps would likely exacerbate insecurity and place repatriated youth at increased risk of recruitment by al-Shabaab.

For refugees in Kenya, the looming prospect of forced repatriation has created an atmosphere of fear and uncertainty. Media outlets have contributed to the confusion, at times conflating the government’s call for a “roadmap” with a directive for immediate camp closure.

As the two-week deadline for the ultimatum came to pass yesterday, the situation remained uncertain. On the one hand, the government is dissatisfied with the UNHCR’s proposal for gradual consolidation of Dadaab and has demanded a concrete timeline for its closure. On the other hand, politicians from Turkana County – which hosts the Kakuma camp – have reiterated Kenya’s obligations under international law as well as the reliance of local businesses on the camp economy. Yesterday evening, the Kenyan high court issued a temporary stay on “the enforcement of the ultimatum”. The courts ruled in 2017 that camp closure would be unconstitutional.

For now, KTN News reports “business as usual” at the Kakuma camp. In light of the logistical, judicial and moral barriers to closing the camp, the government may drop its order. Many people will breathe a sigh of relief.

But the description of “business as usual” fails to acknowledge how the government’s announcement has already impacted refugees in terms of economic losses, psychological distress, and even physical violence. Regardless of whether or not the government follows through with its order, the insistence that asylum is contingent and dispensable imposes incredible precarity on refugee lives and livelihoods. Even if the order is cancelled, damage has already been done.

For one, refugee entrepreneurs who run businesses in the camps have faced paralyzing uncertainty about the future of their business environment. Hassan, a Somali shop owner in the Kakuma camp, explained the economic fallout that followed the government’s announcement.

“When I heard about the news, I was shocked,” he says. “The following day, I wanted to purchase new stock for my shop, but I was afraid to send an order. I thought, what if the UNHCR calls for a sudden evacuation or relocation? Many clients have requested goods, but I can’t place those orders with these risks.”

For businesses already contending with the economic downturn caused by the COVID-19 pandemic, the government’s announcement created yet another hurdle. Shops in the camps tend to be reliant on informal credit schemes from wholesalers down to the customers via retailers. In Kalobeyei, the refugee settlement located just west of Kakuma, approximately 89% of refugees are indebted to a shopkeeper.

As Hassan explains, this puts vendors like him at great risk. “Of all the stock here in my shop, 70% is on credit,” he says. “If the UNHCR and the government agree to close the camp, how will these credits be repaid?”

The disruptions caused to refugee businesses reverberate throughout supply chains in Kenya, especially in Turkana and Garissa counties. A major Kenyan wholesaler in Kakuma town explained that after the announcement, he had to reduce the amount of credit available to customers. It’s an exemplary case of shooting yourself in the foot, as it undermines the governments’ own strategic efforts to leverage aid as an investment in national development, as most clearly embodied by the 2018 Kalobeyei Integrated Socio-Economic Development Plan.

The announcement has also burdened communities with uncertainty, fear and distress. Many are worried at the prospect of forced repatriation, which would mean leaving behind homes, businesses and communities to start over in potentially unsafe places.

“Many people here in the camp have nowhere to go,” says Ghak, a young man from South Sudan, who has just completed an online Associates Degree in Kakuma. “This announcement has instilled fear in them.”

Although the announcement pertained to all refugees, many Somalis feel that they are its real targets. Mohamed, who lived first in Daadab and then Kakuma for nearly 30 years, implores the government to stop lumping all Somalis together. “These al-Qaedas are not the ones registering as refugees,” he says. “They are a problem, and the government has the power to control that issue. But refugees are here seeking safety.”

Like many, he is filled with dread at the prospect of returning to Somalia. “I came here while I was 7 or 8 years old. I can’t adapt to that place the way I have adapted here,” he says. “We have seen that many Somali refugees who are forced to go back to Mogadishu immediately come back to the camps. Just like in 2014. Maybe they were born in Somalia, but then they have been away for nearly 30 years.”

Finally, the government directive may have also contributed to physical violence directed at refugees in Kenya. The day after the announcement, an armed mob allegedly attacked a group of refugees while they were tending their riverside gardens in Kakuma, resulting in four injuries. There has been no official statement about the incident, but the Kakuma News Reflector reports that many people believe the assault was incited by the government’s call for the camp’s closure.

This would fit with a familiar pattern of official directives preceding a rise in harassment and abuse against refugees. After the government ordered refugees living in cities to return to camps in 2012-2013, Somali communities in Nairobi endured beatings, extortion and rape over a period described as “ten weeks of hell”.

In 2014, a similar “return to camps” directive was coupled with Operation Usalama Watch, in which Kenyan security forces raided the predominantly Somali neighbourhood of Eastleigh in an attempt to “flush out” alleged members of al-Shabaab. The sweeping raids broadly targeted ethnic Somalis living in Nairobi, who experienced an extended wave of abuse. Now, Somalis in Eastleigh fear another episode of persecution under the guise of national security operations.

While reducing or even closing the camps is a desirable long-term objective, the order to develop a “roadmap” toward this goal in just two weeks is absurd. It forces the UNHCR into rushed decision-making and leaves no opportunity for consultation with refugees themselves, as well as host communities whose economies will be devastated by camp closure. Crises of uncertainty have real effects on people’s lives and livelihoods. While the government has a duty to seek solutions to the problem of protracted displacement, it must do so in a manner that upholds rights and dignity, rather than imposing further existential violence on people already burdened by precarity.

The article was originally published on African Arguments Website.

By Nadda Osman Tired with the lack of diverse voices in literature, minority and Muslim authors are taking...
Read more
Opinion - Ra'yi

By Indlieb Farazi Saber Millions of Muslims from across the world will be marking the end of Ramadan...
Read more