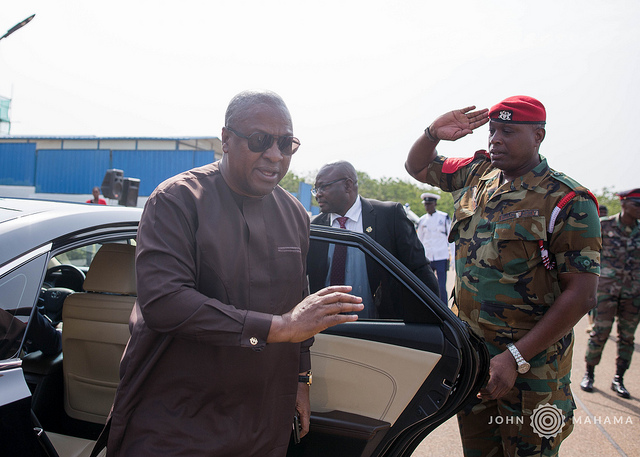 Former President John Dramani Mahama has, in a letter to the Chairperson of the African Union Commission, withdrawn his acceptance of the continental body’s appointment as its High Representative for Somalia.

While thanking the AU for the confidence reposed in him, Mr Mahama noted that, “the high political importance of the proposed assignment requires that the High Representative enjoy the unalloyed support and co-operation of all political stakeholders.”

A statement issued by the former Ghanaian leader’s special aide Joyce Bawah Mogtari on Thursday, 20 May 2021, said Mr Mahama, “whose appointment as the AU envoy has been roundly welcomed by the Council of Presidential Candidates of Somalia, and the Coalition of Somalia’s Federal Member States, further cautioned in his letter to the AU Chairperson, Moussa Faki Mahamat, that the lack of support by the federal government could jeopardise the whole process and undermine the hopes that the entire world has in bringing peace to the esteemed land of Somalia”.

The statement said Mr Mahama, “who continues to receive requests from various international bodies and groups and is widely respected for his commitment to democratic consolidation, peace-building and development, used the opportunity to reaffirm his commitment to the African Union’s vision of an integrated, prosperous and peaceful Africa, that includes Somalia”.

About a week ago, Somalia rejected the appointment of Mr Mahama as the AU’s special envoy to help mediate its political impasse with Kenya.

Somalia argued that the former head of state has “extensive links” with Kenya, and has written to AU Chairperson Moussa Faki Mahamat, notifying him that Somalia will no longer support Mr Mahama in his new role.

Mohamed Abdirazak, Somalia’s Foreign and International Cooperation Minister, said the Ghanaian ex-leader is closely associated with the leadership in Kenya, without specifying who in particular.

Based on this alone, he said Mr Mahama cannot be trusted to be impartial and deliver an acceptable solution.

In a letter riddled with grammatical mistakes, Mr Abdirazak claimed that the AU did not thoroughly scrutinise Mr Mahama’s background before appointing him to the role.

“It is, indeed, surprising that a candidate with extensive links with Kenya’s leadership has been chosen by the AU to facilitate talks on a political impasse partly engineered by those the Kenyan leadership has supported,” the letter dated May 9 but which was circulated among diplomats on Tuesday says.

“Given the politically sensitive nature of the task of a high representative in any case, I am certain you will appreciate the importance of any candidate for such a post to be seen as impartial and without any links to the region.”

Mr Mahama, who ruled Ghana between 2012 and 2017, was named the High Representative of the African Union for Somalia’s political mediation. A statement from the AU said he “will work with the Somali stakeholders to reach a mutually acceptable compromise towards an all-encompassing resolution for the holding of Somali elections in the shortest possible time.”

“In fulfilling his mandate, the High Representative will be supported by Amisom to ensure that the mediation efforts and the peace support operation work together seamlessly.”

It is likely that the continental body picked Mr Mahama based on its own assessment of his qualities as a mediator. In 2017, he led election observers for the Commonwealth Observer Mission at the Kenyan polls.

However, he angered a number of Kenyan opposition leaders for endorsing the vote as “credible and inclusive”, but the election was later overturned by the Supreme Court.

He became an unpopular figure in Nairobi after that.

But Somalia’s accusation now means that he cannot take up the role. Mogadishu’s argument is also a longshot that prevents Mr Mahama from ever engaging in the country’s political mediations.

According to Mr Abdirazak, the decision to name a special envoy has been overtaken by events, given that Prime Minister Hussein Roble had already brokered a deal to have parties resume discussions for holding indirect elections.

“It is my concern, [that] deploying an envoy in the process now will only confuse the present amicable arrangements and at worse risk the politicisation of the process further than necessary,” he wrote.

Last week, Qatar’s Special Envoy of the Foreign Minister of the State of Qatar for Counterterrorism and Mediation of Conflict Resolution, Dr Mutlaq bin Majed al-Qahtani, helped broker a deal between opposition groups and the Federal Government of Somalia.

Qatar, previously loathed by opposition groups, also beat the AU to the Somalia-Kenya mediation role after deploying the special envoy earlier and getting the Horn country to reconsider severing ties. Shortly after his visit, Somalia announced that it would be restoring diplomatic ties with Kenya.

The UN, however, had endorsed Mr Mahama as mediator for the African Union. In a statement, Stéphane Dujarric, the Spokesperson of UN Secretary-General Antonio Guterres, said the global agency would give “full support for this African Union initiative.”

The article was originally published on Pulse News Website.