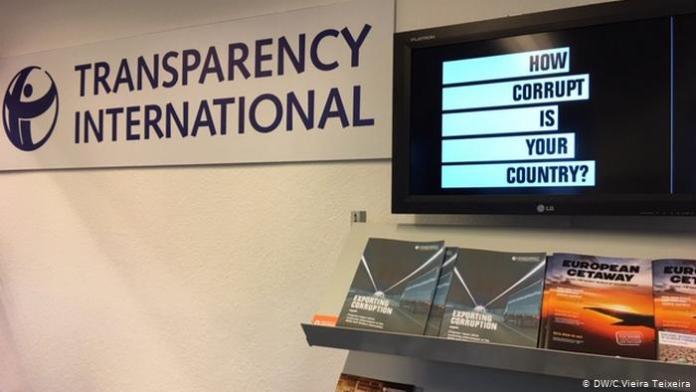 The UN has published a dark report on how Africa is robbed of billions of dollars by multinational companies from the developed north. We are talking about here a report titled “Tackling Illicit Financial Flows for Sustainable Development in Africa” just issued by the United Nations Conference on Trade and Development (UNCTAD). The report cites a figure of $89 billion lost to Africa annually through various forms of corrupt practices by Western multinational companies that do business in Africa.

UNCTAD offers two remedies for ending the thieving which impoverishes Africa. First, a robust international cooperation on anti-corruption measures is urgently needed. Second, the international community must devote more resources to building the capacity of Africa’s tax and customs authorities to do a better job in managing the national revenues. Put in another way, the Western world needs to save Africa. But what of Africa’s own leaders and governments under whose watch the thieving takes place? Sadly, UNCTAD is silent on these most important actors in the equation.

The scale of the wealth stolen from Africa according to UNCTAD

The scale of Illicit financial flows that are undermining Africa’s development by draining billions of dollars in foreign exchange is staggering. The culprits are Western multinational companies that avoid paying taxes and engage in all manner of capital flight. These illegal practices leave African governments with limited means of widening their tax base. The resulting mega theft reduces domestic resources, stifles trade and macroeconomic stability which exacerbate poverty and inequality.

UNCTAD cites an estimated $89 billion stolen from Africa every year which is equivalent to 3.7 percent of Africa’s GDP. These illicit outflows, says the UNCTAD, are almost equal the combined total annual inflows of foreign aid, valued at $48 billion, and yearly foreign direct investment of $54 billion, received by African countries between 2013 and 2015. The report concludes that Africa lost a whopping $836 billion in total illicit capital flight from 2000 to 2015.

Reporting on illicit financial outflows from Africa has become something of an industry. There is a regular flow of these types of that decry how thieving plunges Africa into extreme poverty and high dependence on foreign aid. The UNCTAD report essentially regurgitates the 2016 High Level Panel on Illicit Financial Flows’ report. The two reports are similarly silent of the role of the most important actors in the ugly drama, namely, African leaders and governments. The High Level Panel on Illicit Financial Flows headed by the former South African president, Thabo Mbeki, concluded that tax evasion by multinational companies, bribery and embezzlement are the main conduits through which Africa loses its wealth. The High Level Panel on Illicit Financial Flows’ report claimed that Africa loses $50 billion annually to these illegal transactions. The report cited an estimated $1 trillion that Africa may have lost in the past 50 years.

But how is this scourge to be ended? The High Level Panel on Illicit Financial Flows maintained that while Illicit financial flows are a challenge to Africans, the solution is global. Similarly, UNCTAD proposes two global solutions. First, international action based on robust global collaboration will end the illicit financial flows from Africa. Second, developed Western countries must assist in building the capacities of African governments’ tax agencies and customs authorities so that they can collect and manage the financial resources currently being looted.

These types of reports are highly patronizing and therefore objectionable. Such reports perpetuate the image of Africa as a victim of outside forces, devoid of any capabilities to tackle its own challenges, awaiting external intervention for rescue. In the first place, it takes two to tangle. Corruption in Africa, like elsewhere has two sides. Foreign companies do not invade Africa with military might. They sign contracts and agreements with governments according to the national interest, laws and requirements. African leaders and governments, therefore, must account to their citizens for failing to hold foreign companies to the agreements they sign.

No international institution or global collaboration can end corruption in Africa without the primary and robust role of African leaders and governments. African leaders and governments are responsible and accountable for what happens under their watch. It is hypocritical to assign the ending of illicit flows from Africa to Western countries from which the multinational companies that loot Africa come from.

The article was originally published on The Geopolitics Website.

By Mohammed Dhaysane and Tufan Aktas The president-elect. In an exclusive interview with Anadolu Agency, says Turkiye has...
Read more
Opinion - Ra'yi

By Nadda Osman Tired with the lack of diverse voices in literature, minority and Muslim authors are taking...
Read more

By Mohammed Dhaysane and Tufan Aktas The president-elect. In an exclusive interview with Anadolu Agency, says Turkiye has...
Read more