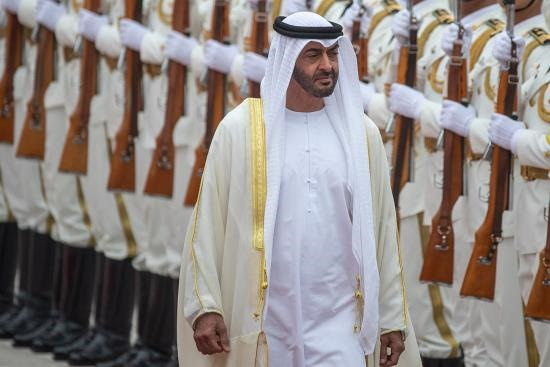 By Simeon Kerr in Dubai and Andrew England in London

For a decade, the United Arab Emirates has been the Arab world’s most muscular regional actor, deploying its petrodollar wealth and military power to bolster allies and weaken foes.

But after the coronavirus pandemic hit the Gulf state’s economy and underscored its linkages to global trade, its focus was shifting from robust intervention, including militarily, to “economic” diplomacy, two people briefed on the strategy shift said.

As a result Emirati diplomats and embassies are being judged more heavily on their ability to attract investment to the oil-dependent nation. “We thought about what is best for the UAE, ” a senior UAE official told the Financial Times. “There’s going to be a much bigger focus on the economy.”

It is the latest sign that the pandemic and the election of Joe Biden as US president are combining to alter the dynamics of the Middle East and generating a tentative move towards de-escalation after the turbulent years of the Trump presidency.

In tandem with the new directives, the UAE will seek a more active role in mediating disputes, such as that between Sudan and Ethiopia and even India and Pakistan, the people say.

The recalibrated strategy marks a significant shift for a nation that under the stewardship of Sheikh Mohammed bin Zayed al-Nahyan, Abu Dhabi’s crown prince and the UAE’s de facto leader, emerged as the Arab world’s most assertive power in the wake of the 2011 popular uprisings.

After the revolts reverberated across the Middle East, the UAE sought to impose its vision on the region, with Sheikh Mohammed convinced that his state had to fill a perceived vacuum of US indifference and take the lead in preventing the rise of Islamist movements and countering Iran’s influence.

The aggressive approach led to the UAE’s deploying thousands of troops to the war in Yemen as it became Saudi Arabia’s main partner in an Arab coalition that intervened in the conflict in 2015 to fight Iranian-backed Houthi rebels.

It has also been one of the main supporters of Libyan warlord Khalifa Haftar. And in 2017, Abu Dhabi was at the forefront of a regional embargo on Qatar, which the UAE and Saudi Arabia imposed after accusing Doha of supporting Islamists and being too close to Iran.

The interventions raised the profile and influence of Abu Dhabi, as the small, oil-rich nation — an important partner of the west — punched above its weight. But none ended with great success and all inflicted reputational damage on the UAE.

In Yemen, Abu Dhabi won Washington’s plaudits for its campaign against al-Qaeda militants. But the Saudi-led coalition failed to dislodge the Houthis and the UAE withdrew most of its troops in 2019 as regional tensions with Iran escalated and criticism mounted of a war that triggered a humanitarian disaster.

In Libya, Haftar suffered a series of defeats last year after Turkey — the UAE’s arch-rival — intervened militarily to support Libya’s UN-backed government and ended the warlord’s more than year-long offensive against Tripoli. Western diplomats say the UAE has in recent months withdrawn its military assets from Libya. In January, Abu Dhabi followed Saudi Arabia’s lead in lifting the regional embargo on Qatar.

Emile Hokayem, Middle East expert at the International Institute for Strategic Studies, said the UAE had come to understand there was “no hard win anywhere at the moment”.

He added that it was logical that its leadership would focus on the economic recovery and position itself to benefit from the post-pandemic world — a theme repeated by UAE officials.

“They tested the proposition that military power can bring hard returns, but it turns out not really, so they are adjusting,” Hokayem said. “No one knows if there’s been a shift in the leadership’s mindset. But what you clearly see is the UAE reducing its military involvement, reducing its exposure and focusing on what is more strategic in terms of its own macro-security and prosperity.”

Elham Fakhro, Gulf analyst at Crisis Group, said the UAE had recognised that the mood in the region had shifted towards diplomacy with the election of the Biden administration and believed it was “time to capitalise on that”. “The UAE does not want to be seen as overtly intervening in regional conflicts such as Libya, or arming allied actors,” she said.

“But I don’t think they are moving away from their more confrontational approach, they just want to be smarter at it and that means expanding their efforts at diplomacy and mediation too.”

The Emirati official said the UAE was “proud” of its “achievements” in Yemen, citing its successes against al-Qaeda affiliates and stemming the Houthis’ advance into the south. “The military approach, we hadn’t used it much before [and] we’ve now seen how effective it can be, and sometimes can’t be,” the official said. “We’ve understood the costs — and things outside our control.”

Another person briefed on the shift said that as well as back channel talks with Iran, the UAE had more recently been holding discussions to reduce tensions with Turkey. “We want to be friends with everyone — from Israel to Iran,” the person said, citing the UAE’s decision to normalise relations with Israel last year.

The Emirati official said Saudi Arabia was leading the outreach to Turkey, adding that “our approach is to see what happens there”. Turkey’s foreign minister visited Saudi Arabia last month as part of efforts to resolve issues between Riyadh and Ankara. President Recep Tayyip Erdogan said last week that he wanted to boost Turkey’s ties with Egypt and Gulf states.

But Hokayem cautioned that the apparent move towards de-escalation in the region was “very fragile”, warning: “All the problems are still there and, just as we saw the limits of coercion under Trump, we are now going to face the limits of diplomacy.”

The views expressed in the article are solely the opinion of the writers. The veracity of any claims made are the responsibility of the authors not Wargeyska Jamhuriyadda.

The article was originally published on Financial Times Website.