President Biden Needs to ‘Build Back Better’ on Africa 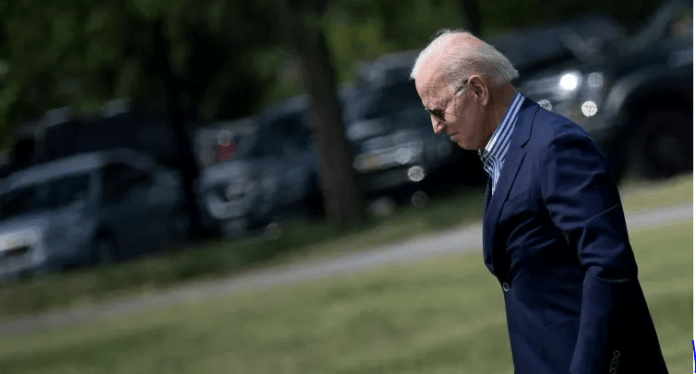 The author served as the first-ever assistant U.S. trade representative for Africa under the administrations of Presidents Bill Clinton and George W. Bush.

In his first major foreign policy address, Secretary of State Antony Blinken declared the key priority of the Biden agenda—”a more stable, inclusive global economy” that “delivers security and opportunity for as many Americans as possible in the long term.”

In an irreversibly interdependent world, Africa is central to achieving this vision. Over the past decade, Africa has accounted for a third of world population growth and is now home to 15 percent of the global workforce—this will likely rise to a quarter by 2050. Estimates put African consumer spending in 2019 at $3.6 trillion. Africa’s share of the world’s strategic mineral resources hovers around 30 percent, rendering the continent consequential for everything from nuclear fuel and tech devices to global industrialization and innovation.

As China fully appreciates, Africa’s 54 nations have a major say in how multilateral rules are written, including those that will be critical for addressing climate change, nuclear proliferation, global health, trade and sanctions. African countries represent the swing votes in international fora from the WTO to the WHO and the U.N. It will be challenging to advance President Joe Biden‘s multilateral agenda given China’s economic hegemony and unprecedented sway over Africa’s leaders.

A stable and prosperous Africa well-disposed to the U.S. will deliver long-term security and opportunity for Americans.

The Biden administration inherits from its predecessors, Democratic and Republican, an antiquated policy model for Africa that favors aid over trade—much needed U.S. tax-payer’s dollars on a long-failed USAID experiment. By my count, USAID has conservatively spent around $89 billion in the last 10 years alone on aid for Africa. This has contributed to a bloated and growing aid industrial complex of former USAID employees. They have set up outfits around Washington as NGOs and consulting firms consuming huge sums authorized for Africa in opaque processes. Even the Congressional Research Service, in a May 2020 report, noted that “comprehensive estimates of U.S. aid to Africa and amounts dedicated to specific focus areas are difficult to determine … raising challenges for Congressional oversight.”

American taxpayers deserve to know precisely how much of America’s bilateral aid money actually hits the ground in Africa and the return-on-investment ratio. They also need to know the amount and percentage of development assistance, designated for Africa, which remains in the coffers of USAID contractors.

No country in the world has developed economically with an aid-based model—why would African countries be any different? Afghanistan has been among the largest recipients of USAID—$10 billion, as of 2020, yet 47.3 percent of its people live below the poverty line. Vietnam on the other hand, has had a more commercial approach to its economic development model—5.8 percent of its people now live below the poverty line.

Our economic policy toward Africa is faltering primarily because we continue to welcome and build a dysfunctional network of aid peddlers instead of properly incentivizing trade and investment—proven catalysts for job creation and income expansion on the ground where it is needed most.

We need to build on what works. This month marks the 21st anniversary of the historic African Growth and Opportunity Act (AGOA). For a nominal cost to the U.S., AGOA has helped to integrate Africa into the global economy by opening our markets unilaterally to almost everything Africans make, grow or mine in eligible African countries. Since its enactment in 2000, AGOA countries have delivered nearly $75 billion in non-oil products to the U.S. duty-free.

Conservatively, AGOA is credited with generating 1.3 million jobs, largely for women, in Africa’s garment sector alone while supporting around 100,000 jobs in the U.S. AGOA is a solid trade and investment-based component of U.S.-Africa policy as are key initiatives under the Millennium Challenge and U.S. International Development Finance Corporation.

We must now marry these sound commercial policy components with tangible incentives that encourage U.S. private investments into Africa. Today, albeit with the best of intentions, we are often doing precisely the opposite, officially telling companies that they risk running afoul of our government’s efforts to combat child labor, human trafficking and illicit trade in minerals linked to conflict.

China, on the other hand, has incentivized its private sector and aligned its aid and commercial interests in the region. Consequently, its trade with Africa has multiplied 20 times over the past decade reaching nearly $200 billion in 2019—over three times that of the U.S. China recently outpaced America in foreign direct investment across the continent.

For post-COVID reconstruction, we must reimagine what is possible in U.S.-Africa trade and investment policy. We must disrupt the antiquated aid model and build a bold new approach. We must incentivize the U.S. private sector to invest in Africa in ways that are transformative and mutually beneficial.

To that end, I propose a new, three-pillar, policy approach:

There is no appetite in Washington for AGOA’s unilateral trade benefits. In preparation for its 2025 expiration, AGOA needs to be renewed with smart trade reciprocity—pillar one. Some sectors have matured in specific countries thanks to AGOA and should, therefore, be considered for graduation from duty-free treatment. Under this arrangement, the U.S. would graduate mature sectors rather than eliminate AGOA entirely, threatening jobs and livelihoods. Sector reciprocity could be the basis for U.S. bilateral negotiations—”FTA Lite”—with African governments in ways that complement implementation of AfCFTA.

It is also time to include key African products, notably cotton and sugar, excluded from AGOA and subject to outdated tariff-rate-quotas. Agriculture still accounts for more than 60 percent of employment in Africa and is how the vast majority of Africa’s poorest make their living.

To connect a continent fragmented by its colonial past, realize the productivity gains promised by its burgeoning cities and make the most of its extraordinary natural endowments below and above ground—Africa needs massive investments in transport, communications and power infrastructure, and in the health and education of its people.

This cannot be left to China. Accordingly—pillar two—I propose that the U.S., as host of the world’s largest capital market, lead an international program to raise low-cost financing for African infrastructure projects through bonds to be issued by the pan-continental African Export–Import Bank (AFREXIM). In return for the U.S. de-risking the bonds, each project funded would include a “Buy American” component.

The U.S. tax code was effectively used to lure U.S. companies out of apartheid South Africa. Now—pillar three—we should use the tax code to encourage American companies to invest in Africa. We could work with African countries on enterprise zones—providing tax breaks and/or credits for U.S. private investments in strategic, job-creating sectors in Africa.

Finally, USAID needs to be refocused on humanitarian assistance and disaster relief where it can make a real contribution, rather than development assistance and nation-building. For too long, our Africa policy has been plagued by paternalism and Beltway cronyism. The Biden administration can “Build Forward Better!”