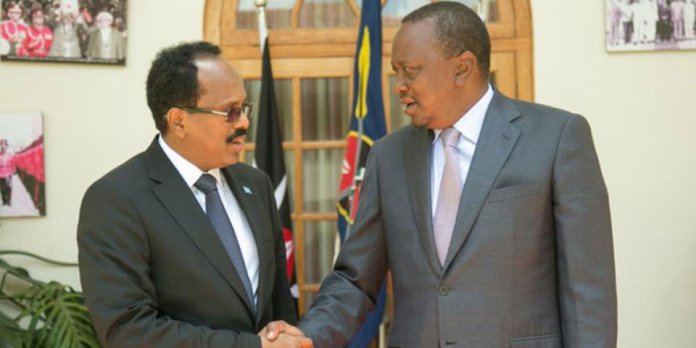 What you need to know:

Kenya’s ties with Somalia have deteriorated significantly in recent years. The two countries’ differences were approaching breaking point last year, but diplomatic ties were restored in May this year.

As the two countries move towards complete restoration of relations, it is reasonable to wonder why Nairobi and Mogadishu are unable to collaborate, yet they confront similar problems – poverty, instability and the threat of al-Shabaab.

To me, Kenya’s perspective is that of a Big Brother who supported Somalia through its frantic efforts to recover from decades of civil conflict. As such, Nairobi sees Mogadishu as an indebted and thus expects obedience to its interests.

Somalia, on the other hand, thinks Kenya exploited its vulnerability and did nothing to build a foundation for a long-term partnership.

The two are inextricably linked on many fronts, including sharing a porous border. The frosty ties mean a significant loss for both nations; for example, the miraa trade with Somalia was worth about Sh20 billion per year, but the ban on miraa in Somalia has devastated the Meru community.

Miraa, which is already banned in much of Europe and North America, should not be a deciding factor in our future ties with Somalia. The leaf, however, highlights the fact that we have sided with our elite, who are involved in charcoal trade with Kismayu leadership at the expense of the Meru community.

Kenya must abandon its belief that “since we assisted Somalia, it owes us gratitude” in favour of a new, genuinely feasible approach based on mutual respect and equal partnership.

Kenya cannot expect Somalia, weak as it is, to remain unconcerned about Nairobi’s unwavering support for the head of Somalia’s Jubaland state, Ahmed Mohamed Islam aka Madobe.

Kenya must also sever ties with rogue regional administrations that often try to sever relations with the Federal government of Somalia.

Nairobi must also close the offices of anarchist elements operating from its territory; many of whom operate under the guise of non-governmental organisations or think tanks that make millions of dollars ostensibly working to promote democracy in Somalia but in reality actively trying to destabilise Somalia.

Presidents Uhuru Kenyatta and Mohamed Abdullahi Mohamed Farmaajo must do everything possible to create a strong basis for cooperation and commerce between their people.