Why US Policy on Ethiopia and Horn of Africa is Flawed 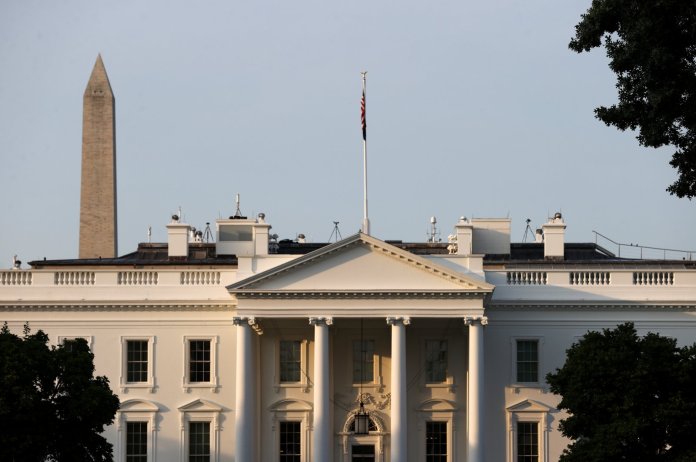 The author is a Ph.D. lecturer of Political Science at Georgia Gwinnett College in the U.S., a political analyst and freelance op-ed contributor

Despite its imperfections, the U.S. boasts one of the oldest and most successful examples of constitutional breakthroughs in the world. The U.S. Constitution emerged as a result of the historically arduous but careful compromises of its framers.

Learning from the flaws of the country’s first founding document, i.e., the Articles of the Confederation, the current Constitution that was drafted in 1789 also led to the birth of the current U.S. system of federalism.

As opposed to an ineffective and costly confederation that had empowered then 13 states consolidated after the American Revolutionary War, the new federal Constitution balanced political power between the national government in Washington, D.C. and that of the states and their local governments.

Since its inception, however, the U.S. Constitution has not been immune to facing many constitutional debates or state-national tensions that have ended up in the U.S. Supreme Court’s judicial review framework and that created both good and bad legal precedents that still define federal relations in the country.

To mention one major achievement, among others, the U.S. federal system has also ensured the implementation of what is referred to as the “national standard,” a system of direct, conditional and blocked federal grants that guaranteed more or less similar economic growth across the country’s 50 states.

For instance, thanks to such a system, an American who hopes to move from any small town in North Dakota or Alabama to major cities like Chicago or New York would still have access to quality health care, education opportunities, immediate employment and the right to enjoy any benefits that his new state’s residents receive.

Thanks to such a working system of governance, any impediment to the free movement of people, goods and services is also never a concern.

Unfortunately, when it comes to what system of government and governance that the U.S. wishes for others, especially for third world countries that happen to rely on foreign economic aid, it has always been evident that its approach is mistaken.

A recent statement by the U.S. State Department that called for keeping Ethiopia’s flawed ethnic federal arrangement is one such example.

Unlike the U.S. federal system, Ethiopia’s ethnic federal arrangement is a failed system that illegally constituted the country’s internal borders according to ethnic and linguistic classifications.

Such an arrangement has now been proven to be a ticking time bomb when it comes to the unity of Ethiopia’s people and the nation’s territorial integrity.

After the Tigray People’s Liberation Front (TPLF), the political party that was in charge of the Tigray regional state, launched a sudden and preemptive series of horrific attacks against the Ethiopian National Defense Forces (ENDF) per its own admission, the federal government of Ethiopia led by Prime Minister Abiy Ahmed reacted with counter military measures that defeated the rebel forces within just three weeks.

Unfortunately, thanks to a dysfunctional ethnic federal system that benefits ethnically organized political parties and ethnic rebellions, the people of Tigray fully embraced the rebel militia’s insurgency against the very ENDF that had defended and protected them for more than two decades, since the war with Eritrea broke out in 1998.

The support by the people of Tigray to such a terrorist ethnic-rebellion, only because of an ethnic name that identifies with them, has always been against their own profound interest, which is to live in peace with the rest of Ethiopians and strive for nothing but their own prosperity.

Regrettably, the case of Tigray and the TPLF is a bad potential precedent to be followed by other radical ethno-nationalist forces across other regions in Ethiopia.

That is why the current administration of the government of Ethiopia, led by Abiy Ahmed, has been vocal in pointing out the flaws of the current system of federal arrangement that pitted one Ethiopian group against the other.

As a sad consequence of such a system, Ethiopia struggles to support and resettle the tens of thousands of internally displaced citizens.

That is why many Ethiopian scholars, former and current officials and the peace-loving people at large continue pushing for a possible constitutional amendment to such a flawed government structure that has largely kept the national government from being able to tackle many of the country’s political, social and economic challenges.

Ethiopia and Horn of Africa

No Ethiopian denies that the U.S. has played many supportive critical roles in the country’s economic development.

Its economic aid has helped many health care, educational and other social development efforts. Its sizable military aid over the years has also helped strengthen the ENDF that has been actively helping the U.S.’ counterterrorism strategies in the Horn of Africa.

Nevertheless, it would not be surprising to see the Government of Ethiopia and citizens at large now puzzled about recent U.S. foreign policy approaches in the Horn of Africa in general and Ethiopia in particular.

For instance, the country’s dream infrastructure project known as the Grand Ethiopian Renaissance Dam (GERD), which has been under construction for more than a decade and fully financed by Ethiopia, has not received the recognition that it deserves from what used to be a reliable ally, the U.S.

On the contrary, as previously exhibited by the policy directions of the uninformed former U.S. President Donald Trump administration, the current administration of U.S. President Joe Biden has continued to openly side with Egypt, a country that has been digging deep to create one obstacle after another to stop an Ethiopian development endeavor that strives to get its poor citizens out of poverty and provide electricity to over 60 million of them without access to it.

Ethiopians had far better expectations from the Biden administration, which they hoped would depart from his predecessor’s undiplomatic advice that even openly suggested an Egyptian military strike against such a hydroelectric development project.

The conflict in Tigray

A trained lawyer who should have a good understanding of the topic of federalism studies, Blinken’s bad approaches toward Ethiopia are wrong and surprising.

To make matters worse, the secretary’s call for the preservation of a defective constitution and Ethiopia’s problematic internal regional administrative borders also goes beyond just the unnecessary interference of a superpower in the internal affairs of a proud nation like Ethiopia that kept its independence for many historical periods.

One major error in the recent U.S. approach to Ethiopian politics is also how the current Biden administration and its State Department attempted to divide Ethiopians according to their ethnic affiliations.

For instance, by pointing fingers against the Amhara people and its regional special police and militia forces that helped the ENDF’s quest to protect the territorial integrity of the nation, the U.S. showed that it actually cares less for the national unity of Ethiopia and the latter’s own ways of constitutionally addressing internal boundary issues.

Indeed, Blinken’s poor understanding of the country’s politics would have benefited from Africanist scholars who have extensively researched Ethiopia’s ethnic federal system. Then he might have been attuned to the marginalization of the people of Amhara and other ethnic communities like the Afar, Somali and Gambelia and how they have suffered from such a flawed pseudo-apartheid system of governance for the past three decades.

If the U.S. aspires to protect its long-held vital interests and democratic values in its relations with Ethiopia and the Horn of Africa, it is time to reset its ill-consulted policies pushed by the Egyptian and Tigray rebel’s paid U.S. lobbyists – organizations that are interested in nothing but the destabilization of the Ethiopian state – and anti-Ethiopian forces hoping for the country’s disintegration along ethnic lines.

Therefore, U.S. officials should learn a lesson or two from careful approaches adopted by sub-Saharan African states, Eastern African states’ own Inter-Governmental Authority for Development (IGAD), eastern powers such as China and the Russian Federation and other partner countries like Turkey.

The most important lesson for the Biden administration would be to first research and learn about the underlying historical and current challenges and to then stand for the national unity of all Ethiopians. It should not continue with its impartial support of a belligerent rebel group like the TPLF.

Moreover, it is also time for a renewed look at what has come to be an anti-black African approach exhibited by the U.S.’s open bias for a regional international actor like Egypt that has always worked to undermine the development aspiration of the Abay (Nile) basin countries in general and the Ethiopian state and its over 110 million citizens hope for anything but domestic instability in particular.

The article was originally published on Daily Sabah Website.