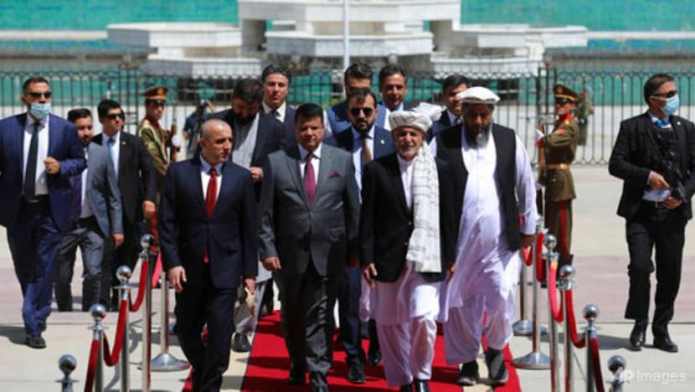 The author is a foreign affairs commentator and recipient of the Fulbright Award at the University of Maryland.

There is a sea change in China’s approach towards global security towards Central Asia.

These come at a time when the United States is on the verge of completing its military withdrawal there, eager to exit a 20-year war costing hundreds of billions of dollars yet left Taliban militants undiminished.

Within months, the Taliban have nearly tripled their share of controlled districts, claiming to hold about 85 per cent of nationwide territory. Meanwhile, the Afghan security forces – chiefly supported by the US – are struggling to contain violent offensives.

Beijing is also aware that a full Taliban takeover could materialise in Afghanistan. And so it is willing to recognise the group as a “pivotal military and political force”, as long as this means protection of its economic and security interests in the country.

His call for action arrives at a critical time. Hundreds of ETIM fighters remain active in multiple Afghan provinces, and maintain close proximity to the Afghan-China border, according to the United Nations Analytical Support and Sanctions Monitoring Team.

The ETIM also maintains a rock-solid affiliation with Al Qaeda, the notorious Taliban-backed militant group with a demonstrated history of financing unrest in China’s Xinjiang province.

For Beijing, these realities validate fears of anti-Chinese militancy gaining a toehold in Xinjiang, potentially complicating its efforts to crackdown on violent separatism in the province. That is a scenario unacceptable to China, having scrambled to enlist the Taliban’s support against cross-border spillovers.

“We hope the Afghan Taliban will make a clean break with the ETIM and resolutely and effectively combat them,” Wang told the nine-member Taliban delegation in Tianjin last month.

Lending optimism to the Taliban’s potential cooperation with China is the evolving nature of their engagement. China has framed any Taliban offensives against ETIM as its chief sovereign interest, conditioning Taliban’s legitimacy “in regional stability and development” on the success of its ETIM crackdown.

This is a marked departure from Washington’s approach to ending militant sanctuaries through the Taliban. A fragile peace accord was signed last year between US and Taliban fighters, conditioning American troop withdrawal on the Taliban’s severance of ties with groups such as Al Qaeda.

But poor verification and Washington’s status as an occupying power all but ensured that the Taliban-Al Qaeda nexus remained firm to the core.

Keen to avoid America’s mistakes, Beijing will feel comforted by the Taliban’s early assurances on denying Chinese separatists a base, preventing cross-border operations and ensuring silence on all matters “internal” to China.

The Taliban has one simple motivation in complying with Beijing’s request: The more they appeal to China’s sovereign interests, the greater the likelihood of similar non-interference in Afghanistan’s future affairs, should they manage to seize power in Kabul.

RECONSTRUCTION AND INVESTMENT SUPPORT FOR AFGHANISTAN

Since the US drawdown accelerated, the Taliban’s sweeping territorial gains have come with a tightened grip on key checkpoints.

That includes Afghanistan’s lucrative border crossing with Pakistan, a strategic gateway to linking Kabul with Peshawar, and facilitating the expansion of Beijing’s US$62 billion China Pakistan Economic Corridor, the flagship project of the Belt and Road Initiative.

Major Chinese construction in the Wakhan Corridor, a mountainous strip bordering Xinjiang, is also threatened by rapid Taliban takeovers in surrounding areas. Beijing knows it must inevitably bite the bullet and accommodate the Taliban.

It is against this backdrop that China has stepped-up its support for Afghanistan’s economic reconstruction and derived early guarantees from the militants on investment protection.

On the reconstruction front, a July meeting of the Shanghai Cooperation Organization’s (SCO) Afghanistan Contact Group made several things clear: That China is keen to expand Afghanistan’s economic, trade and connectivity profile in the region, and that it plans to undergird Kabul’s peaceful reconstruction with SCO support.

In a prompt follow-up, Beijing delivered an independent confirmation on developing long-term road infrastructure and pipelines in Afghanistan.

The Taliban is aware of Beijing’s sensitivities towards its investments, and determined not to lose newfound goodwill.

For this reason, the group’s spokesperson Suhail Shaheen recently assured Beijing that the safety of its investments in Afghanistan would be a leading priority for the militants. He also called China a “welcome friend” for reconstruction.

Can the Taliban be trusted? Washington would disagree.

Having spent nearly US$840 billion over the past 20 years to facilitate peace in Afghanistan, the United States is leaving the country “poor, aid-dependent, and conflict-affected,” and the Taliban increasingly violent, according to a top US government watchdog.

John Sopko, the US Special Inspector General for Afghanistan Reconstruction, also notes Washington’s failure to create a more effective and cohesive Afghan military as one of the key contributors to ongoing instability in the country.

None of these shortcomings apply to China. Beijing has no memory of picking favourites and spending billions on a demoralised Afghan security force to fight the Taliban.

Similarly, it is in no mood to fill Afghanistan’s post-withdrawal void by pledging interference in the country’s complex tussle for governance in Kabul.

Beijing’s central leverage in courting Afghanistan is its absence of prior political baggage. One that it feels can be used to cultivate a favourable image in Kabul, and limit compromise on what it ultimately deems to be sovereign.

The article was originally published on Channel News Asia Website.