Why the Coronavirus Lab Leak Theory Won’t Go Away 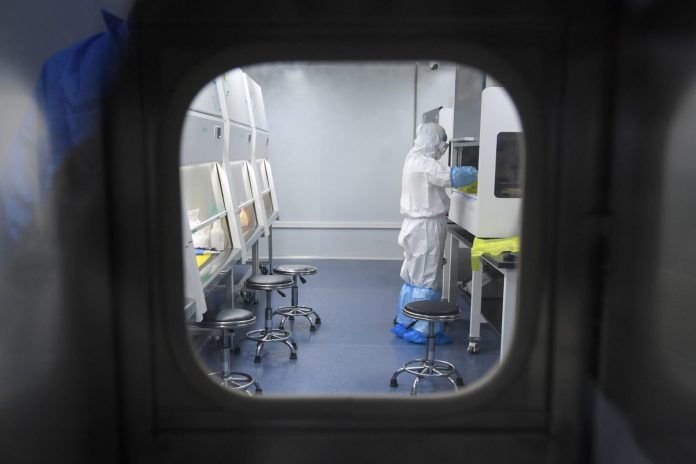 The idea that the pandemic began in a laboratory has moved from fringe theory to mainstream.

It started out as a fringe conspiracy theory touted by Donald Trump. Now the suggestion that the deadly coronavirus was leaked from a laboratory in China is gaining both scientific and political traction.

The latest tinder to ignite the flames of conspiracy came Thursday when it emerged that a top World Health Organization official leading investigations into the origins of the pandemic has described a version of the lab leak hypothesis as a “probable” scenario for how the virus began to spread.

The WHO’s Peter Ben Embarek said a lab worker could have been infected with the virus from a bat while working in the field — raising questions over the conclusions of an official March report that he himself led, stating that a scenario where a laboratory employee was infected while working with bat viruses was “extremely unlikely.”

He’s not the only top official to have opened the door to doubt. WHO chief Tedros Adhanom Ghebreyesus, who is usually painstaking in his refusal to blame individual countries over their handling of the pandemic, has described a laboratory accident as not an unusual occurrence and accused China of not sharing data from the start of the pandemic.

The WHO has now launched a second phase of its pandemic origins study. As the U.S. continues to pressure the WHO and China to do more to confirm the cause of the virus, the WHO revealed Thursday that China and “a number of other Member States” have written to the organization in protest at its handling of the process. Those complaints have “suggested the origins study has been politicized” and that the global health organization “has acted due to political pressure,” the WHO said.

Meanwhile, the EU’s own Research Commissioner Mariya Gabriel added her name to a group of scientific experts and government representatives calling on China to “reconsider” its decision not to engage in the WHO’s second phase of its investigations.

A probe meant to be based on science is now a political hot potato, casting the researchers involved as arbiters of global perceptions of both China and the pandemic.

In the interview published Thursday by Danish broadcaster TV2, Ben Embarek said his Chinese counterpart didn’t want a lab leak theory mentioned at all in the March origins report, and that the final wording downplaying that possibility was a compromise between investigators.

In the frank account, the top official outlined a hybrid scenario that blends the lab leak theory with the widely accepted likelihood that the virus came from a bat. “One of the probable hypotheses is that an employee was infected in the field when they were taking samples. That’s where the virus jumps directly from a bat to a human,” Ben Embarek told TV2. “In this case, it would then be a laboratory worker instead of a random villager or another person who’s regularly in contact with bats.”

The original investigation pointed to either direct transmission from a bat to a human, or an animal being infected by a bat which in turn infected a human, but steered away from any potential links to laboratory workers.

There are two laboratories in the region at the center of the outbreak: the Wuhan Institute of Virology and one run by the Chinese Center for Disease Control and Prevention. On December 2, 2019, the CDC laboratory moved about 500 meters away from a wet market that had initially been pegged as a potential ground zero, Ben Embarek told TV2.

“This is the period when it all started, and you know that when you move a laboratory, it is disruptive to everything,” he said.

In a Washington Post article published Thursday, Ben Embarek said that some reporting on his interview in Danish had been mistranslated, while a WHO spokesperson said that the interview contained “no new elements.”

The WHO spokesperson told POLITICO that the interview with Ben Embarek “took place in March/April this year.”

The WHO on Thursday called on “all governments to depoliticize the situation and cooperate to accelerate the origins studies.”

In a statement illustrating how politically sensitive the issue has become, the organization said the search to determine the facts was not about “attributing blame, finger-pointing or political point-scoring.” Rather, it was to set an example for establishing the origins of future animal-human spillover events, the WHO said.

With the second phase of investigations just beginning, the WHO has appealed for countries to give the scientists the time, space and data they need to do their work. “Searching for the origins of a novel virus is an immensely difficult scientific task that takes time,” it said.

The second phase is not geographically specific and will cover a series of studies, including an examination of the raw data from the earliest cases — if the WHO can access this data. China has claimed that there is “political manipulation” surrounding the second probe but cast the first as “authoritative and science-based.”

Tedros may also have a political reason to back the U.S.’s pressure on China — his own re-election. Two diplomats told POLITICO that they saw it as a potential campaign move by Tedros to garner U.S. support as he runs for a second term as WHO director general.

Meanwhile, another crucial date is fast approaching — the 90-day deadline for a separate investigation being carried out by U.S. intelligence officials. The results of that probe are expected this month. U.S. President Joe Biden said that an earlier version of the report couldn’t come to a definitive conclusion.

The U.S. report is unlikely to put the controversy to bed. On Thursday, CNN reported there is still division over the two theories — whether the pandemic began as a result of a laboratory leak or whether it jumped from animals to humans.

As much as China would like it to, the lab leak theory isn’t going away anytime soon.