Why Macron Ditched Efforts to Heal Colonial Wounds with Algeria 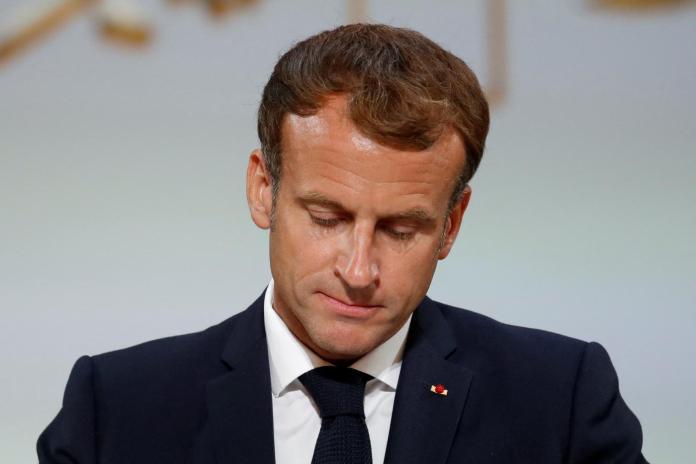 The diplomatic row between Algeria and France, which escalated considerably over the weekend, has not only led to the resurfacing of old colonial wounds, but also raised important questions over the leadership of both countries.

French President Emmanuel Macron made comments about Algeria being ruled by a “political-military system” whose history it has “totally rewritten”. This history, he stated, is “not based on truths” but “on a discourse of hatred towards France”. He added to the fire by posing, “was there an Algerian nation before French colonisation?”

This followed the announcement just days before that France would be halving the number of visas that it will distribute to anyone seeking to travel from Algeria, while Tunisians can expect a 30 percent reduction.

Gabriel Attal, the French government spokesperson, said the move was necessary because the countries in question “are refusing to take back nationals who we do not want or cannot [stay] in France.”

Last week, the Algerian foreign ministry responded by summoning the French envoy, “to notify him of a formal protest”. The additional comments by the president of the republic were clearly the final straw. The Algerian government recalled their ambassador to France, accusing their former colonisers of “inadmissible interference”.

In addition to this, news broke that French military planes were banned from Algerian airspace on Sunday, which they often use to reach the Sahel region of West Africa as part of Operation Barkhane.

An official statement by the Algerian government declared that “following remarks that have not been denied, which several French sources have attributed by name to [Macron], Algeria expresses its categorical rejection of the inadmissible interference in its internal affairs.”

Macron’s words were also described as “an intolerable affront” to all those who sacrificed their lives fighting for Algeria’s liberation from the French whose “crimes are innumerable and fit the strictest definitions of genocide”.

What makes the weight of the comments even heavier is that they were said to a gathering of grandchildren of Harkis -Algerians who had sided with the French colonial state and fought against the efforts of the National Liberation Front (FLN) to gain independence.

The whole affair has, in many ways, demonstrated what a farce Macron’s commitments have been towards seeking to heal old colonial ruptures in order to improve relations with Algeria.

It puts in doubt previous comments that the French president has made, including about colonialism being a “crime against humanity”, and an admission of the use of torture by the French colonial state in Algeria.

In particular, it undermines the long-awaited “truth and reconciliation” review into France’s colonisation of Algeria that was published at the start of the year. Macron had charged established historian Benjamin Stora with the task of developing recommendations that would aid the “reconciling” of both countries. These included the establishment of a Memory and Truth Commission, the introduction of classes on French colonial history in schools, and the renaming of some streets in France.

It seems that the only part of Stora’s report that Macron has shown he is committed to is the recognition of the Harkis – those complicit in colonial crimes against the Algerian people across the 132-year occupation by the French state. The president honoured them in a ceremony just last month, and asked them for “forgiveness” over their ill-treatment at the hands of the French state.

This was a stark contrast to the “no apologies” statement that Macron made about France’s colonisation of Algeria.

Is it any surprise then that the anti-France narrative that Macron accuses the Algerian regime of fuelling, exists? In fact, the French president should give himself far more credit for this – and not just in relation to the continuous hypocrisy around his commitments to so-called truth and reconciliation.

Macron’s track record of racist, anti-Muslim and anti-migrant policies under the guise of fighting separatism and terrorism have been at the centre of international attention since the beginning of his term. The masses in Algeria have been watching how their diaspora is being targeted, how mosques and Muslim charities are being shut down in their dozens, how they are over-policed, how they are facing more and more restrictions over wearing the hijab, and how some of those old colonial practices continue to this day.

Macron does not need any help from the Algerian government to be the recipient of collective anger and outrage from ordinary Algerians. Furthermore, it is important to note that the body of work exploring the violent shared history included a collaboration between the French and Algerian states – with both governments making a show of hiring well-known historians in both nations.

One wonders, then, why Macron entered such a significant project with a regime that he is accusing of whitewashing its own history.

A bid for re-election

This in turn raises further questions about Macron’s relationship to the Algerian regime which until recently has been uncritical. More explicitly, he praised and stated that he would support the current Algerian president, Abdelmadjid Tebboune.

In an official interview in 2020, Macron stated: “I will do everything in my power to help President Tebboune during this period of transition. He is courageous (…) You do not change a country, institutions and power structures in a few months”.

Almost one year on, at the Harkis gathering where his comments sparked the diplomatic furore, he was reported to have also said, “you can see that the Algerian system is tired, it has been weakened by the Hirak.”

If these are the views held by Macron, perhaps he shouldn’t have shown his utmost solidarity with the stale regime and instead given it to the millions across Algeria who have been demonstrating for its removal since the Hirak uprisings in February 2019.

In the end, these recent events are all part of Macron’s bid for re-election in April 2022.

The winning ticket, as defined by the far-right and legitimised by the French government’s policies, will be the candidate who can win votes on the basis of more racism and the glorification of colonialism. After all, “French-Algeria” as the European settlers and colonial government called it, continues to hold a lot of symbolic value amongst the far-right in France.

It may well be that Macron is so confident of the Algerian regime’s need to continue securing business from its former colonisers that he sees this whole affair as simply ruffling a few feathers, and that it won’t inflict any long-term damage, whilst also securing a right-wing voter base at home.

At the same time, the Algerian regime is likely to use the public diplomatic spat to its advantage. It can present France as the continued common enemy, hoping to distract from its own crimes, and romanticise the military’s revolutionary past.

The fact that the regime has protested in such a drastic way over insults that target Algeria’s political establishment, and not Paris’s continued ill-treatment of Algerians in France, for example, is demonstration enough of how the dispute is being used by Algiers.