Why did Somalia support restoration of PRC’s lawful UN seat? 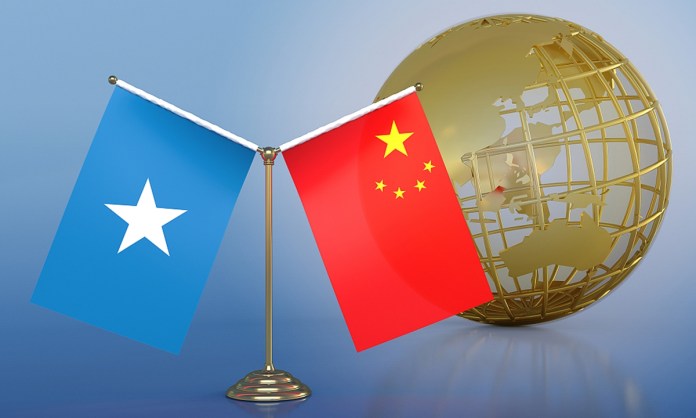 The author is an associate research fellow at the Institute of African Studies, Zhejiang Normal University.

On October 25th, 1971, a proposal was submitted to the 26th United Nations General Assembly (UNGA) by 23 member states. This proposal called for the restoration of the lawful rights of the People’s Republic of China (PRC) in the UN and allowing it proper representation at this world body. It was on this historic day that UNGA Resolution 2758 was passed. For the first time in UN history, developing nations had their voices heard and their collective strength demonstrated. This week, as we celebrate the 50th anniversary of this event, we are reminded of the significance of strength in unity.

This remarkable achievement was largely obtained by the active advocacy and campaigning spearheaded by several African Nations. As Chairman Mao Zedong used to say, “It was our African brothers, the small and medium-sized countries that carried us into the United Nations”. The solidarity they had shown towards China was very much fueled by their shared historic experience fighting against foreign domination, colonization, and imperialism.

China joined the UN as a founding member on October 24, 1945 and became a permanent member of the UN Security Council. Prior to that, China was one of four nations that drafted the UN Charter in 1944 and was accorded the honor of being the first to sign the UN Charter in recognition of its long-standing fight against aggression.

However, after the 1949 revolution, the PRC was prevented from reclaiming its lawful seat at the UN. Over the following two decades, efforts spent by the PRC to restore its due representation at the world body were swiftly blocked. That is until Resolution 2758 was passed thanks to the PRC’s ever-increasing block of friends, especially in Africa. Looking back at historic records, Somalia stands out as one of the most active campaigners for this cause at the time.

Friendly ties between the people of Somalia and China date back centuries. Mogadishu has been the center of maritime trade since medieval times, and was a key port for the exchange of goods on the Maritime Silk Road. These friendly ties are vividly inscribed in the surviving records of the renowned Chinese navy explorer Zheng He, who voyaged with his fleet along the Somali coastline and wrote about the people and cultures of Somali coastal cities.

And as some historians recorded, Somalis from the Ajuran Empire, established in the 13th century, may have been the first Africans to establish diplomatic ties with the Ming Dynasty when they gifted a giraffe and incense to emperor Yongle more than 600 years ago. At the same time, the Somali scholar and explorer Sa’id of Mogadishu may have been the first African to learn and translate the Chinese language, as tales of his journey to China in the 14th century are well recorded in the famous traveler Ibn Battuta’s journals.

More recently, Somalia was the first country in East Africa to establish diplomatic relations with the PRC merely months after gaining independence in December 1960. And since then, Somalia’s adherence to the one-China Principle has always been loud and firm. Somalia’s representatives never shied from denouncing the injustice practiced against the PRC at the UN and earnestly advocated for the restoration of PRC’s seat to the legal representative of its people.

More significantly, Somalia sponsored two proposals to restore the PRC’s rights at the UN on two separate occasions and was one of the 23 countries that co-sponsored the famous UNGA Resolution 2758.

Looking back at the records of addresses made by Somali representatives at the UN General Assembly and at the UN Security Council since Somalia was admitted to the UN in September 1960, I have found that Somali representatives missed no opportunity to express their strong and firm support for PRC’s case. They voiced their frustration time and time again at the denial of adequate representation at the world body of a nation representing a quarter of the world’s population at the time.

On October 6, 1961, in one of Somalia’s first addresses at the UN General Assembly, Abdullahi Issa, then head of the Somali delegation asserted, “I do not think it is appropriate to continue to ignore the existence of a government which exercises sovereignty over a vast area of land inhabited by over 600 million people.”

In the following years, Somalia’s representatives to the UN continued to raise the issue every time they took the podium questioning the merits of denying the admission of the lawful and legitimate Government of the PRC to join the deliberations. More so as important discussions on disarmament were taking place.

At the 22nd session of the UN General Assembly on September 27, 1967, Ambassador Abdulrahim Abby Farah referred to the exclusion of the PRC from its rightful place at the United Nations as “illogical and against the interest of the world community.” And on October 23, 1968, the head of Somalia’s mission to the UN, Mr Haji Farah Ali Omar declared at the 23rd session of the UNGA that “the absence of the Government of the PRC makes progress towards the solution of many international problems difficult. Such a problem is that of disarmament, where the co-operation of all the major powers is necessary for a definitive solution.”

While participating in the 24th session of the UNGA on October 7, 1969, Somalia’s Prime Minister at the time Mohamed Haji Ibrahim Egal questioned the capacity of the UN authority to carry its full weight when it fails to practice the principle of universality. He is famously quoted as saying, “We cannot ask a state to respect our authority when we exclude that state from participation in our decision-making machinery.”

And as stated by the late Somali Prime Minister, Omar Arteh Ghalib when he served as Somalia’s envoy at the 26th session of UNGA on September 28, 1971, Somalia has “always rejected the legal fictions, the procedural devices and the semantics that have been used to keep the true representatives of China from their rightful places in the United Nations.”

Perhaps more notably, outside the UN compound, Somalia’s representatives were also vocal advocates in global media for the restoration of the legal rights of the government of the PRC in the Security Council and the General Assembly as well as other UN agencies. When interviewed by the CBS Middle East Correspondent Mitchell Krauss in 1971 on this same issue, Ambassador Abdulrahim Abby Farah, Somalia’s envoy to the UN at the time, earnestly stressed, “It is not for my government or any other government to say how the people of China should conduct their internal affairs. Taiwan is part and parcel of China.”

Since then, the all-weather friendship, solidarity and mutual respect for each other’s independence, sovereignty and territorial integrity has only grown stronger with time. Today, China ranks amongst Somalia’s top trading partners and is one of the more popular destinations for Somali students studying abroad. At the same time, China has continued to show unfaltering support for Somalia throughout the past six decades.

As Somalia advances along the road to recovery and reconstruction, Somalis eagerly hope to achieve significant development milestones under cooperative initiatives with their all-weather friend, such as the Forum on China Africa Cooperation, the Belt and Road Initiative as well as the Global Development Initiative.

The article was originally published on Global Times Website.