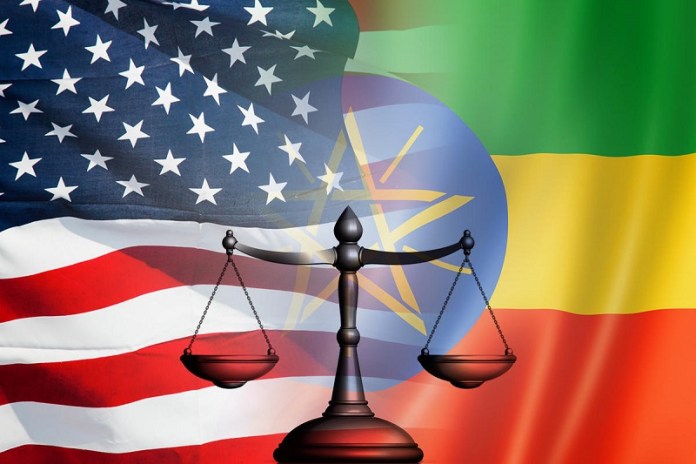 The American-Ethiopian Public Affairs Committee (AEPAC) released a statement claiming that thousands of the approximately 100,000-strong Ethiopian American community in the state switched their votes from Democrat to Republican to protest the national ruling party’s regime change campaign against their homeland.

American pundits are scrambling to interpret the Republicans’ surprising victory in this week’s Virginia elections which saw the opposition win the Governor, Lieutenant Governor, and Attorney General posts in the same state that incumbent US President Joe Biden beat former President Donald Trump in by 10% just a year ago. While the GOP candidates’ cultural, economic, and epidemiological positions definitely played a major role in the outcome, observers shouldn’t dismiss the influence of foreign policy. The American-Ethiopian Public Affairs Committee (AEPAC) released a statement claiming that thousands of the approximately 100,000-strong Ethiopian American community in the state switched their votes from Democrat to Republican to protest the national ruling party’s regime change campaign against their homeland. There’s no doubt that this shaped the results and shows that foreign policy can determine state elections, including those that have national implications like the latest ones do ahead of next year’s midterms.

Most Americans are oblivious to the fact that their government is waging a Hybrid War on Ethiopia aimed at restoring the formerly most influential faction of the old ruling party, the Tigray People’s Liberation Front (TPLF), to power despite it being designated by the Ethiopian authorities as a terrorist organization. This is being done to hamstring the country’s rise as a regional power in the geostrategic Horn of Africa. The potential consequences of this unconventional war against Africa’s second most populous country could be its “Balkanization”, whether formally into separate identity-centric states or informally via its post-war internal partition along the same lines. The US recognizes the continental influence that this historically independent and anti-imperialist state has in encouraging other African states to follow its pragmatic foreign policy model of balancing between Great Powers instead of submitting to American pressure to curtail its ties with China in the context of the ongoing New Cold War. Punishing Ethiopia in such an unprecedented way is meant to set an example across Africa.

This community’s ultimately successful activist campaign deserves to be analyzed a bit more in depth. First, it demonstrates that people of a certain identity (in this case, ethnic minorities and immigrants) don’t always automatically vote for one or another party like some have condescendingly assumed. The Democrats cannot take the support of their traditional base for granted like they did with Virginia’s Ethiopian Americans. Second, while the word “woke” has been widely mocked due to some of its believers’ radical policy proposals over the past few years, it’s indeed possible to embrace this concept in a pragmatic and serious way like the examined community just did on the foreign policy front. They’re “geopolitically woke” because they know better than almost anyone else in America exactly what the US government is doing in the Horn of Africa right now. Third, some people’s principles are so strong that they’re brave enough to break political ranks in order to prove a point that means everything to them. That’s precisely what the Ethiopian Americans in Virginia just did earlier this week.

These are crucial lessons for everyone to pay attention to since they might signal the emergence of a new domestic political trend. Passionate foreign policy activists from certain communities can make a meaningful difference in determining their state’s elections. US policy in the Horn of Africa, which is regarded by most Americans as an unimportant issue if many have even heard of that region to begin with, played a disproportionate role in influencing an election which was considered by many to have national implications. One can only imagine the impact that similar such activists from other communities can have if they voted based on the foreign issues that concern them the most, especially in those swing states like Michigan that have sizeable immigrant communities that still care a lot about what happens in their homelands. The Ethiopian Americans punished the ruling Democrats for their disastrous policy in the Horn of Africa and subsequently set an example for other groups to follow during next year’s midterms if they’re brave enough to do so.