Will Saudi-Iran Talks Lead to Anything? 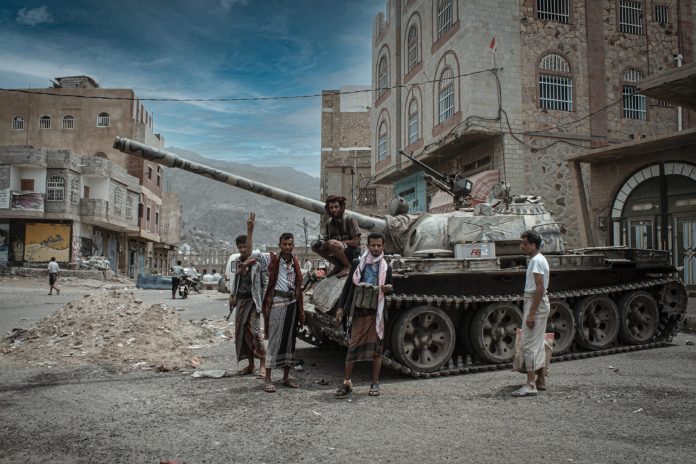 Talks between Saudi Arabia and Iran require a realistic appraisal of Tehran’s role in the Yemen War.

Saudi Arabia and Iran have engaged in four rounds of talks over the last six months, the most recent of which with the hardliner Ebrahim Raisi already inaugurated as president. A fifth meeting is expected to take place before the end of 2021. The success of the negotiations will depend, to an important extent, on both countries being realistic about Iran’s role in the Yemen conflict.

Until now, the negotiations have reportedly revolved around two main issues. The first is the restoration of diplomatic relations between both countries. Bilateral ties were cut off in 2016 when Saudi Arabia executed Nimr Baqir al-Nimr, a Saudi dissident who was a Shia cleric, and protesters in Tehran stormed the Saudi Embassy in retaliation. The second topic of discussion is the Yemen War, which entered a new phase with the 2015 Saudi-led intervention against Houthi rebels who had taken over the Yemeni capital, Sanaa.

For more than one year, the Saudis have been looking for a way out of Yemen. The enormous economic costs of the conflict became more problematic when oil prices fell as a result of the COVID-19 pandemic and the ensuing lockdowns.

Even after the recovery of the hydrocarbon market, the fact remains that six years of war have not brought Saudi Arabia any closer to its two major goals in Yemen: reestablishing Abd-Rabbu Mansour Hadi as president and constraining the Houthis’ influence. Furthermore, US President Joe Biden, while not as tough on the kingdom as promised in his election campaign, has been less conciliatory with Saudi Arabia than his predecessor, Donald Trump.

Who Are the Houthis?

The Saudis often present the Houthis as little more than Iranian puppets. Iran’s official position is that the Houthi movement only receives ideological support from Tehran. Both narratives are inaccurate, to say the least.

The Houthis are a homegrown movement that successfully resisted the Yemeni government’s military offensives from 2004 to 2010 without any external assistance. Hussein al-Houthi, the movement’s early leader and from whom its name is derived, was an admirer of the 1979 Iranian Revolution and was influenced by its symbolism and ideology. His brother and current leader of the movement, Abdel-Malek al-Houthi, has also expressed his admiration for the Islamic Republic.

The first credible reports of Iranian military support for the Houthis date back to 2013. Until 2016, weapons transfers were largely restricted to light arsenal. In the following years, Tehran started to supply the Houthis with increasingly sophisticated missile and unmanned aerial vehicle (UAV) components. Furthermore, a contingent of Iranian Revolutionary Guards on the ground has been training Houthi fighters. The Yemeni movement’s capacity to target key strategical interests within Saudi Arabia, such as oil extraction facilities, pipelines and airports, cannot be understood without accounting for Iran’s role in the conflict.

At the same time, and contrary to Saudi claims, the Houthis are largely independent from Iran. Their territorial expansion in 2014 was politically built on its Faustian bargain with the former Yemeni president and arch-rival, Ali Abdullah Saleh, and the unpopularity of the Hadi government, which was backed by Saudi Arabia.

Moreover, most of the Houthis’ current arsenal has not been sourced from Iran. It has rather been acquired in the local black market — which is well-connected to the Horn of Africa’s smuggling routes — captured in battle or as a result of the defection of governmental military units to the Houthis. Before the war began, Yemen was already a country awash with small weaponry, coming only second to the US in terms of weapons per capita.

According to the official Saudi narrative, the Houthis necessitate Iranian help to maintain their military effort. While this is most likely the case when it comes to the group’s capability to strike targets within Saudi territory, an abrupt end of Iranian military assistance to the Houthis would make little difference in Yemen’s internal balance of power.

What Saudi Arabia and Iran Need to Do

Saudi Arabia needs to come to terms with the fact that its attempt to impose a military solution in Yemen has failed. It has done so because of counterproductive airstrikes, support for unpopular local actors and a misunderstanding of internal dynamics. If Yemen has become Saudi Arabia’s quagmire, this has little to do with Iran’s limited support for the Houthis.

Iran, for its part, should understand that its claims of non-interference in the Yemen War have gained a farcical nature over the years, as growing evidence has piled up on Iranian–Houthi ties. Iranian leaders cannot impose on the Houthis an end to attacks against Saudi territory. However, they can decisively constrain them by stopping the flow of UAV and missile technology to the Houthis, as well as ending their military training on the ground. In conjunction with this, Iran can support the direct Houthi–Saudi talks that began in late 2019.

For Saudi–Iranian negotiations to bear fruits in relation to the Yemen conflict, both sides need to show a realistic appraisal of Iran’s role in the war. It comes down to acknowledging two key facts. On the one hand, Iran has leverage over the Houthis because of its military support for the group. On the other hand, this leverage is inherently limited and cannot be used to grant Saudi Arabia a military victory in Yemen.

The views expressed in the article are solely the opinion of the writer. The veracity of any claims made are the responsibility of the author and do not reflect Wargeyska Jamhuriyadda editorial policy.

The article was originally published on Fair Observer Website.