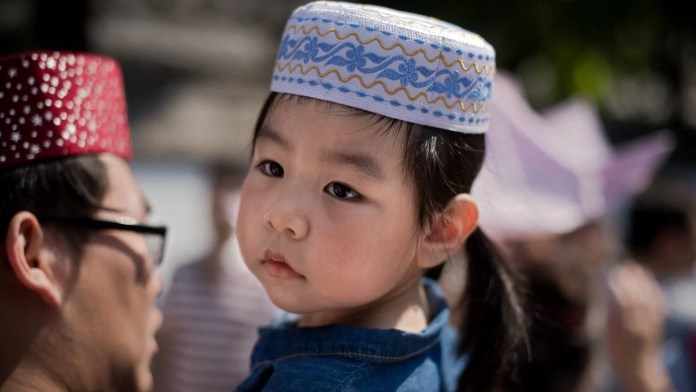 Millions of Muslims from across the world will be marking the end of Ramadan with food, festivities and Eid greetings

After a month of daily fasting, prayers and spirituality, Muslims around the world will celebrate Eid al-Fitr, a festival that often lasts three days.

The occasion is seen as a blessing, and a time for Muslims to show gratitude and come together with friends and family to celebrate, with special foods and sweets to commemorate the day. Many will also exchange gifts, visit people they haven’t seen for long periods of time, and remember those who have passed away.

Starting on the first of Shawwal, the Islamic month that comes after Ramadan, Muslims are not permitted to fast on Eid. Instead, they start their day by paying zakat al-fitr, an obligatory charitable donation to the poor, and then meet for early morning communal prayers, usually dressed in either new clothes or the finest outfits they own.

Most will then greet each other with Eid wishes. In the Middle East you may hear “Eid Saeed”, which means “Happy celebration”, “Kul ‘aam wa antum bi’khayr”, which means “May I find you well and in good health every year”, or the standard “Eid Mubarak”, which translates as “Wishes for a blessed celebration”.

These three phrases are the most common greetings used by Muslims, among both Arabic and non-Arabic speakers, but some Muslim communities have adapted the greeting to reflect their own language and culture.

Here are six other ways Eid greetings and celebrations are shared:

After offering congregational Eid prayers at a mosque, or in a large outdoor space like a public square or park, Muslims will wish each other “Selamat Hari Raya”, which means “Happy celebration day” in Malay. It’s the language spoken by the Malay people in Malaysia, Singapore, Indonesia and Brunei.

The greeting is usually followed by the words “Maaf zahir dan batin”, which means “I seek forgiveness from you”, and is said to elder friends and family. Little green envelopes filled with money, known as sampul duit raya, are then given to children to buy sweets or small toys.

Families often dress in traditional clothes and match their clothes with each other, as a sign of family unity. It is common to see a multi-generational family dressed in different shades of the same colour, posing for photographs to add to photo albums.

Today there are just over 16 million Muslims in Malaysia. Islam arrived slowly to the peninsula between the 13th and 17th centuries through Arab and Indian merchants.

In Ghana, Muslims amongst the Akan people, the largest ethnic group in the country, greet each other with the words “Ni ti yuun’ palli”, which means “Happy new Eid season”. Worshippers in the capital Accra are likely to be found at either Kumasi Central Mosque, or the more recent Turkish-styled and Turkish-funded Ghana National Mosque.

In Hausa, a language spoken by those in northern Ghana, the words Barka da sallah are said to celebrate Eid after the completion of mosque prayers, which translates to blessed Eid prayers. Children again are offered pocket money to enjoy the festive period.

A Ghanaian Eid table can include specialities like jollof, a spiced rice cooked in meat stock and the sauce of tomatoes; and waakye, a simple dish of rice and beans served on plantain leaves and enjoyed with different condiments.

Football matches, musical performances and street parties are enjoyed by all later in the day.

A remnant of early Islam is the country’s beautiful white-washed Larbanga mosque in Ghana’s central savannah region, founded in 1421.

Worshippers gather in Skanderbeg square in the country’s capital Tirana, and share the greeting Gezuar Bajramin, which means wishing you goodness during the festival.

The word bajramin comes from bayram which is a Turkic word meaning festival. In Turkey the greeting Bayram Kutlu Olsun is offered to convey the same message.

Children are gifted new clothes and money to celebrate the occasion and again busy themselves with collecting and eating stashes of sweets. The first day is usually spent at home, enjoying traditional foods like byrek, a flaky filled pastry with cheese and spinach. On the second and third day family and friends visit each other.

Albania is one of three European countries with a Muslim majority and is estimated to have just over 1.7 million Muslims. The other two countries are Bosnia-Herzegovina and Kosovo.

Islam was brought to Albania during Ottoman rule in the 1400s, and a few hundred years later also became home to Bektashis, a Sufi group with origins in Turkey. The group’s leader was exiled from Turkey in 1928 and fled to Tirana where the order quietly grew in prominence.

But all forms of religious worship were banned in Albania for a period of 50 years. Under the Communist rule of Enver Hoxha, religion was outlawed. Declaring the country atheist in 1967, Hoxha destroyed or converted the country’s mosques, churches and monasteries. People caught displaying religious symbols ended up being imprisoned.

But fasting was something that remained unseen, and it was a practice that many Albanian Muslims clung to.

A few years after Hoxha’s death, in 1991, the ban on religious practice was lifted, and the following year Albania joined the Organization of the Islamic Conference (OIC).

“Jazhnt Piroz” means “Happy Eid” in the Sorani dialect spoken by the Kurds of Iraq and Iran. Kurdish is said to be the fourth most spoken language in the Middle East, after Arabic, Turkish and Farsi.

Morning prayers are offered as is tradition, followed by eating Eid foods with the family. One speciality is kulicha, which is a date-paste filled cookie – similar to maa’moul which is enjoyed around the Middle East – but often baked in crescent shapes or an appetising spiral design.

Street vendors sell small toys and balloons to children eager to spend some of their Eid bounty.

Kurdistan is not an independent country, but is a geographic region home to 20 to 25 million Kurds, spread across parts of modern day Turkey, Syria, Iraq, and Iran.

China is home to an estimated 28 million Muslims. From the 56 different ethnic groups that are found in China, 10 have a Muslim majority.

Muslims who are able to freely worship in parts of China will light incense sticks at home before going to the mosque to offer Eid prayers, greeting one another afterwards with the words “Kaizhai jie kuaile”, meaning happy festival. Visiting the graves of loved ones who have departed is a custom done to show respect for ancestors, before the day’s festivities can begin.

The two main groups of Chinese Muslims are the Hui, said to be descendants of Silk Road merchants and the Uyghurs who are said to be Turkic in origin.

The Hui have their largest community on Ningxia, an autonomous region in north-central China. Xinjiang province in the north-west is home to the Uyghurs, and shares borders with Mongolia, Russia, India and the central Asian countries.

Last year, a video released of Uyghur Muslims celebrating Eid was heavily condemned by the Uyghur diaspora who say the celebrations were staged, and worshippers were forced to dance and perform in public places.

An estimated 1.8 million Uyghurs and other Muslim minorities are said to be held in internment camps in the region since 2017. They say they have been punished for simple peaceful acts like performing the Muslim daily prayers. The Chinese government at first denied this, but then later described the camps as boarding schools to deradicalise Uyghurs.

The policy has been described as the “Sinicization of Islam”, where the state governs and curtails freedom of worship.

Among the Chechen community, the women of the family spend the last four days of Ramadan cleaning their homes inside and outside in preparation for Eid.

Again, dressed in their best outfits, after a morning of prayers and Id Mubarak greetings, family elders are visited and then gather to enjoy Eid specailities spread across their festive table.

There is usually lamb soup, dolma, and manti, dough dumplings stuffed with a meat filling. It’s a dish that is thought to originate in China, but its many variations – in size and filling – have become part of Afghan, Armenian, Turkish and Bosnian cusine.

It’s a day of celebration, especially for children. They carry empty bags, which are soon filled with sweets offered by friends and family in the neighbourhood. Balloons are often released.

Islam has been in Russia since the 7th century, with the first Muslims arriving in Derbent in southern Dagestan just a few years after Prophet Muhammad’s death. A few hundred years later, Islam was officially declared a state religion in 922 in Volga Bulgaria, now known as the Republic of Tatarstan in modern-day Russia.