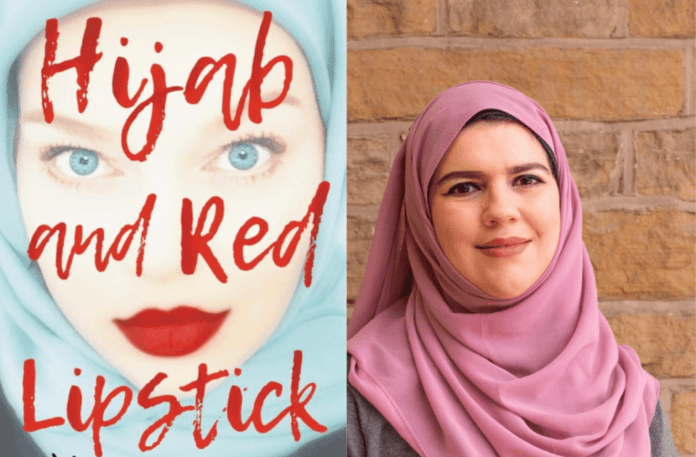 Tired with the lack of diverse voices in literature, minority and Muslim authors are taking matters into their own hands

When it comes to diversity, the publishing industry in western countries has long had a reputation for failing to publish books by people of colour and those from different religious backgrounds.

Whether that characterisation is justified is a subject of debate but authors from diaspora groups and religious minorities often complain of their struggles to get their stories published.

Some say they get immediate rejections, while others are told that their stories, which feature characters that are not white and revolve around themes of religion and culture, would not resonate with wider audiences or simply not sell.

A number of major publishing houses, such as Penguin Random House and Harper Collins, are making highly publicised efforts to publish authors from Middle Eastern and Muslim backgrounds, among others.

Nevertheless, some authors and publishers are taking things into their own hands, turning to self-publishing or establishing alternative book publishers who aim to produce books that are dedicated to communities that have traditionally been under-represented within literature.

These trends represent a desire on the part of Muslim authors, along with those of other communities, to make their mark on the industry and ensure their stories are told.

The struggle to get published

British-Egyptian author Yousra Samir says that she wrote her debut book Hijab and Red Lipstick at a time when books centred on Muslim characters, especially women, were scarce.

Published in 2018, the story is semi-autobiographical and is inspired by her experiences growing up under the guardianship system in the Gulf.

The 33-year-old told Middle East Eye that she had never read a book written by a female Muslim author on growing up in the Gulf and so felt she had something new and unique to offer.

However, the process of getting published was not straightforward.

“I struggled to find an agent,” she said, adding: “The feedback I kept getting was that there was nothing wrong with my writing but they couldn’t see a place on the market for it.

“I felt this was not true; there are so many Muslims in the UK and beyond who were vocalising the wish for more books written by Muslim authors, centring Muslim characters.”

Eventually, Samir had her book published in 2020 by Hashtag Press, after winning a writing competition where the prize was a book deal.

“Being published felt like a huge achievement,” Samir said, adding: “I am happy it was by a publishing company, Hashtag Press, whose mission is to specifically publish books by authors from diverse backgrounds.

“It felt as if someone had finally recognised how important my story was.”

Like Samir, Aisha Yusuf also struggled to have her stories published. The Somali-Canadian author decided to take things into her own hands after her own discouraging experience trying to get published.

At school, Yusuf stopped reading and started writing after growing frustrated with the lack of representation of people like her in literature.

“As Black Muslim women, we witness our stories being diluted at best or erased altogether,” she told Middle East Eye.

She eventually started to work on her own book Race to the Finish Line, a mystery novel aimed at young adults.

The story centres around a Black Muslim girl who experiences hate and bigotry after moving to a new town. She finds out the town is hiding a dangerous secret and sets out to expose it with her friends.

“I wanted to read a book where I connected with the protagonist. I was tired of the lack of representation of Muslim and Black people in literature and media,” Yusuf explained.

When she started approaching agents and publishers, however, Yusuf received rejection after rejection.

“I was receiving responses where agents said things like ‘the premise was strong’ but they weren’t confident in their ability to sell the book,” she said.

Undeterred, Yusuf decided on a different approach; wanting to make sure other minority and Muslim authors did not face the same obstacles.

She taught herself about how to turn a manuscript into a novel, learning everything from how to format the text to designing a book cover.

In 2020, Yusuf founded Abayo House along with her sisters. The publishing company prioritises stories from minority authors and tries to acquire books on topics that align with their values; stories that may otherwise be rejected by traditional publishing houses.

“Abayo House was created not out of leisure or passion, but out of necessity,” she said.

According to an investigation conducted by the New York Times, major publishing houses release books overwhelmingly by white authors, although diversity has been increasing in recent years.

The reason cited was that the majority of the main publishing houses are headed by white CEOs, while editors and those working on acquiring new titles are also white.

The UK’s Publishers Association conducted a survey of the publishing workforce in 2021, speaking to people from over 70 businesses. It found that the presence and representation of Black, Asian and minority ethnic (BAME)  groups in the industry has remained at around 13 percent since 2017.

Ruth Howells, the deputy director of external affairs at the Publishers Association, says that although many initiatives exist which promote inclusivity in the publishing industry, more needs to be done.

“Publishers have been increasing their efforts to make the industry more diverse and inclusive both in terms of the staff and the books they publish. While there has been progress, we recognise that there is still much more work to be done to ensure wider representation,” she told Middle East Eye.

But some Black and other minority authors say the reasons for the lack of representation also need to be looked into.

According to Abiola Bello, an author and publisher at Hashtag Press, the lack of BAME people within the publishing industry is often down to negative assumptions and stereotypes.

“Before there was an assumption that Black people don’t read, I have no idea where that came from,” Bello said.

“(Publishing houses) are full with white people from a similar background, so they don’t understand the culture and context behind our books,” she added.

Like Bello, Yusuf maintains that despite publishers and imprints pushing inclusivity schemes, the industry is heavily entrenched and non-inclusive.

“You’ll notice when the publishing industry says diversity, they mean they’ll accept our stories if it falls within the margins of what they deem acceptable,” she said.

More authors are taking it upon themselves to write fiction which features characters that contrast with the stereotypical versions that exist in books published by larger publishers.

According to Yusuf, books featuring Black and Muslim characters tend to be centred around race or religion.

She recalled feeling heartbroken after visiting a library and surveying the Young Adult novels that featured Muslim characters.

“Firstly, Black Muslim characters don’t exist. Secondly, most of these books were about Muslim girls who fit into the stereotypes of what the popular culture believes Muslim women to be – that we hate the hijab, that we’re oppressed and, my favourite, we want to date a white boy.

She added: “The alternative narrative about Muslims in literature is about terrorism.”

Shift in the industry

Literature provides a means for minority communities and individuals to communicate their ideas on issues, such as immigration and integration into wider communities.

Amid complaints of discrimination and racial profiling in western societies, storytelling provides a way for authors to convey their fears and hopes to wider society.

Consequently, an increasing number of authors are placing emphasis on crafting stories that include diverse casts of characters, in the hope that they can be used as an educational tool within schools for young people.

According to Samir, the need for Muslim authors in the industry is vital. Despite there being a change for the better in the industry in recent years, she maintains that readers want books that they can relate to and resonate with.

“These books should be written by Muslim and minority authors as they will know how to write the characters in a way which is nuanced and avoids harmful tropes,” she says.

Although there have been noticeable efforts in making the publishing industry more diverse, minority writers say there’s still a long way to go.

“At times publishing likes to tick a box rather than care about change,” said Bello.

“During the Black Lives Matter movement, there was so much for BAME, and then that went down as soon as the hype went,” she added.

“Independent publishers are really fighting for diversity more than anyone else.”