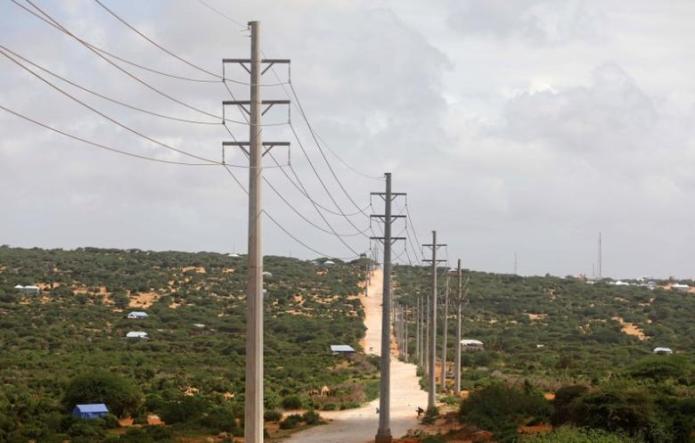 The author is the Director of Somalia Investment Promotion Office (SOMINVEST) at the Ministry of Planning, Investment and Economic Development of the Federal Government of Somalia.

Somalia is on the move. It is pushing for foreign investment, and large infrastructure projects are changing the face of its scarred capital city, Mogadishu. These developments could promise better fortunes for Somalis as the country emerges from the Covid-19 pandemic.

However, the scale and speed of this transformation could be even more pronounced should a few sticking points receive adequate attention. Besides ongoing security reforms, tackling the country’s energy challenges could have a positive spillover in almost all sectors of the economy.

Like many African countries, Somalia grapples with inadequate energy supply, high power tariffs and poor access, a mix that has erected barriers to social and economic progress.

About nine million Somalis (67 percent of the population) lack access to electricity, and the cost of power is among the highest in the world, according to a World Bank study. Power costs up to an average of $0.7/kWh in Somalia — much higher than what consumers in neighbouring Ethiopia and Kenya pay.

At the heart of this energy challenge is a lack of diversification.

About 90 percent of Somalia’s electricity is supplied through isolated diesel‐powered mini-grids operated by small private firms, which emerged in the absence of centralised government regulation.

A fragmented private electricity sector coupled with low installed capacity produces inefficient and expensive power supply – lacking economies of scale. Arguably, Somalia today is one of the least electrified countries in the world.

But these challenges go beyond electricity. Poor access to cleaner cooking alternatives such as cooking with Liquified Petroleum Gas (LPG) has condemned many households to the use of the more environmentally unfriendly and hazardous option of charcoal.

In rural Somalia, for instance, charcoal and firewood use stands at about 90 percent, fanning wide-scale deforestation and carbon dioxide emissions, not to discount the health risks.

Reaching universal electricity access is almost impossible through diesel-fired mini-grids alone. This is due to the high tariffs involved, the inability to scale up this model, its unaffordability on the household level, and broader pollution concerns.

At the same time, private investors operating the mini-grids tend to cherry-pick which customers to serve, encouraging the race to the bottom, unlike the government, which treats electricity as a public good.

While Mogadishu may wish to stretch the national grid to reach all corners of the country, such an approach would take years and consume huge resources that are currently in short supply.

Off-grid solar power can help address the affordability aspect and ensure decentralised electrification in villages, pending the expansion of the national grid.

To replicate Germany’s success, the Somali government is working to assure investors — both domestic and foreign, as well as the diaspora — of their protection besides rolling out incentives to attract renewable energy technologies into the country.

Another low-hanging fruit for Somalia is its wind energy resources, as it has the highest resource potential in Africa for onshore wind power, according to a study by the African Development Bank (AfDB). The country has strong winds with speeds reaching 11.4 m/s — almost double the 6.0 m/s needed for power generation. This offers offshore and onshore wind power investors a huge market opportunity.

Besides providing a conducive environment and incentives for private investors, the federal government of Somalia seeks to collaborate more with development partners towards reviving the energy sector.

The Federal Government of Somalia, with the support of The World Bank, has recently announced a $150 million electricity recovery facility, set to increase access to cleaner, low-cost power for 1.1 million Somali households.

Following the Somali government’s prioritisation of the energy sector for FDI and development, current and future Official Development Assistance (ODA) investments are expected to be aligned accordingly.

Part of the funding is earmarked towards supporting regional integration in what will enable cross-border power trade and plug shortfalls. The Federal Government of Somalia, with the support of The World Bank,  has prepared a power master plan study detailing a 20-year least-cost plan, gap analysis of regulations, laws, standards, and the institutional and human resource development needed to develop the sector.

Somalia has also partnered with the AfDB in the past, including in the creation of a $95 million fund to provide homes with alternative energy sources away from charcoal use and the felling of acacia trees. The World Bank has suggested making cooking gas affordable to trigger increased uptake in homes, alongside rolling out clean, energy-efficient cooking stoves. At the same time, charcoal dealers are to be given a soft landing as they exit from their trade by being offered government-backed forestry jobs to protect trees.

Besides addressing the above issues, the Somali government is committed to training its labour force, strengthening the ongoing energy regulatory environment reforms and bringing down investment costs.

A stronger energy supply will, in turn, fuel businesses, enabling them to scale and compete in the export market and ensure uninterrupted social services delivery in hospitals and schools. All this plays into the welfare of Somali households.

The views expressed in the article are solely the opinion of the writer. The veracity of any claims made are the responsibility of the author not Wargeyska Jamhuriyadda. The article was originally published on TRTWorld Website.

By Daily Sabah Adam Muhammed, a 53-year-old Iraqi British electrical engineer who has been living in England for...
Read more
Opinion - Ra'yi