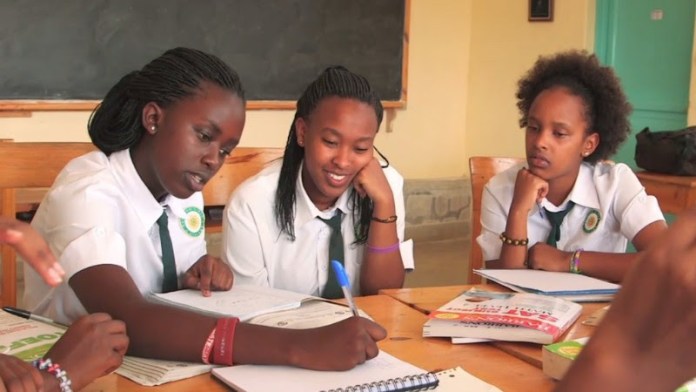 Since an Anglophone rebel movement swept into the country a decade ago, English has quickly gained currency as the language of education and opportunity.

For decades, Rwanda has been one of nearly 30 Francophone countries in Africa where the language of business, power, and civilization has been French.

Up until recently, the French-speaking elite here saw their ties to Paris as a link to the civilized outside world. Top bureaucrats and scientists would get their university degrees from France’s top écoles. Those who returned to Africa would often take up positions in government after having served briefly as functionaries in the French government.

But today, on the sprawling campus of the Kigali Institute of Science and Technology (KIST), a dramatic social change can be seen. Designed in 1997 to be an African version of MIT, KIST is shaping a new generation of scientists, engineers, and technical minds to help Rwanda become the Singapore of Africa. English is their language of instruction.English? Mon Dieu!

The change came about in 1994. After a brutal 100-day genocide, when Rwanda’s then ruling Hutu majority massacred some 800,000 minority Tutsis, an English-speaking Tutsi rebel movement based in Uganda swept into Rwanda, forcing the French-speaking Hutu genocidaires into exile. Et voilà, Rwanda became Anglophone.

Combined with Rwanda’s November 2006 decision to cut relations with France, the transformation of Rwanda into an English-speaking country is already creating political and economic ripples throughout the region.

“France’s relations with Rwanda, under former President Jacques Chirac, completely broke down,” says Greg Mills, director of the Brenthurst Foundation, a think tank in Johannesburg. Mr. Mills believes that the election of a younger French president, Nicolas Sarkozy, may provide a needed break. “There is a potential under Sarkozy for a change. But it’s no good saying there is going to be a change, unless you admit there are things that needed to be changed.”

France’s current troubles here in Rwanda are an outgrowth of its post-colonial policy of supporting African regimes in return for preferential trade and military relations with France. Under Mr. Chirac, this made regimes less susceptible to coups, but also less responsive to their populations. “Jacques Chirac was a supporter of Africa, but he relied on an intimacy with leaders and the political class that is not going to be the case with President Sarkozy,” says one Western diplomat in the region, speaking privately. Under Sarkozy, France is more likely to use its influence in Africa through multilateral organizations, the diplomat adds.

But there are some aspects of French policy that still roil. The French-created Common African Franc, or CFA, allows 16 African countries to trade with each other and with France on a preferential basis, but economists say it also restricts CFA countries from trading with anyone else.

Since the early 1990s, and particularly after the 1994 Rwandan genocide, many French-speaking Africans have begun to see their relationship with Paris as more burden than boon. “Not that much has changed since liberation; Africa is still a profitable region in terms of France’s commercial trade balance,” says Achille Mbembe, history professor from Cameroon, who teaches at Witswatersrand University in Johannesburg, South Africa. “Fifty percent of Africa’s uranium still goes to France’s nuclear plants. If you go to the markets in Senegal, you’ll find no African sodas or juices, only French ones.”

In Rwanda, all of that is changing. The Franco-Rwandaise Cultural Society – once the beating heart of all things French in Kigali – has been closed, along with the French international school, the French embassy, and many of the offices of French multinational companies. For language study, Rwandans are turning to a growing industry of English-language academies, and for the plum university posts, they turn to English-language colleges like KIST.

“Officially, the policy of the Rwandan government is bilingualism, both French and English,” says Jean-Baptiste Rusine, director of the KIST Language Center. “But there is something psychological at work, too. At the time of monarchy, the language of the court was the language of the people. In these times, the president and his high advisors speak English, so you will feel tempted to write proposals, or to speak more in English than in French.”

The real driving force for Rwanda’s preference for English is more economic than political, says Chrysologue Karangwa, who, as rector of KIST, oversees all departments. With a fast-growing number of foreign investors (most from anglophone countries) coming to Rwanda, and with Rwanda joining the East African Community trade bloc, Rwanda can benefit from closer ties with its English-speaking neighbors while maintaining ties with French-speaking ones like Burundi and Congo.

At the same time, Mr. Karangwa says that Rwanda will need to hear a more apologetic tone from France before it restores relations. “What we want is for France to accept that at a certain period and at a certain extent, the French government played a role in the genocide,” he says.

The signs of a new Anglophone Rwanda are subtle. Billboard advertisements often print their slogans in English first, then in French. But menus certainly haven’t changed “pommes-frites” into “freedom fries.”Muyunyi Nicholas, an engineering student at KIST, grew up speaking French, but has switched to English. “English will be an advantage for us, as we are joining the East African Convention,” he says, referring to a trade bloc of English-speaking countries such as Uganda, Tanzania, Kenya, and others. “If we are going to be doing business with those countries, we need to be using their language.”

Jessica Karera, another civil engineering student at KIST, also prefers English to French. “Mostly, it’s for economic reasons,” she says. “After 1994, Rwandans could see that the countries colonized by England had achieved much, much more.” She does hope that Rwanda will restore relations with France, now that France has Sarkozy at the helm. But that new relationship will only be meaningful if France “accepts what they did in the genocide. They can give $10 billion in aid, but that isn’t going to replace all the people who died.”

The views expressed in the article are solely the opinion of the writer. The veracity of any claims made are the responsibility of the author not Wargeyska Jamhuriyadda. The article was originally published on The Christian Science Monitor Website.