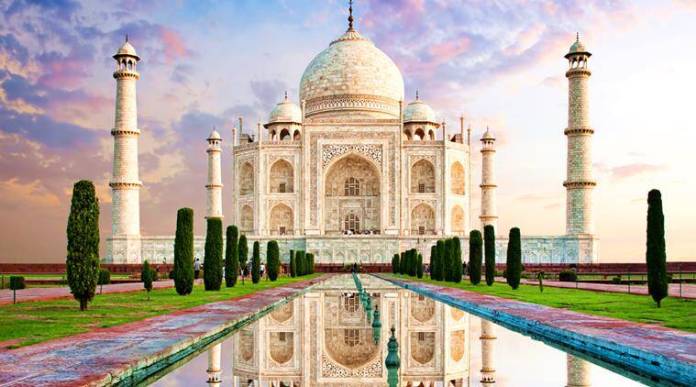 Today, there are over 500 million Muslims throughout the Indian subcontinent (India, Pakistan, and Bangladesh), making it one of the largest population centers of Muslims in the world. Since Islam first entered India, it has contributed greatly to the area and its people. Today, numerous theories about how India came to be such a largely Muslim land exist. Politically, some (such as the Hindutva movement in India) try to make Islam seem foreign to India, by insisting it only exists because of invasions by Arab and Persian Muslims. The truth, however, is far from that.

Even before the life of Prophet Muhammad (Peace Be Upon Him) in the 600s, Arab traders were in contact with India. Merchants would regularly sail to the west coast of India to trade goods such as spices, gold, and African goods. Naturally, when the Arabs began to convert to Islam, they carried their new religion to the shores of India. The first mosque of India, the Cheraman Juma Masjid, was built in 629 (during the life of Prophet Muhammad) in Kerala, by the first Muslim from India, Cheraman Perumal Bhaskara Ravi Varma. Through continued trade between Arab Muslims and Indians, Islam continued to spread in coastal Indian cities and towns, both through immigration and conversion.

The first great expansion of Islam into India came during the Umayyad Dynasty of caliphs, who were based in Damascus. In 711, the Umayyads appointed a young 17 year old man from Ta’if to extend Umayyad control into Sindh: Muhammad bin Qasim. Sindh is the land around the Indus River in the Northwestern part of the subcontinent, in present-day Pakistan. Muhammad bin Qasim led his army of 6,000 soldiers to the far eastern reaches of Persia, Makran.

He encountered little resistance as he made his way into India. When he reached the city of Nerun, on the banks of the Indus River, he was welcomed into the city by the Buddhist monks that controlled it. Most cities along the Indus thus voluntarily came under Muslim control, with no fighting. In some cases, oppressed Buddhist minorities reached out to the Muslim armies for protection against Hindu governors.

Despite the support and approval of much of the population, the Raja of Sindh, Dahir, opposed the Muslim expansion and mobilized his army against Muhammad bin Qasim. In 712, the two armies met, with a decisive victory for the Muslims. With the victory, all of Sindh came under Muslim control.

It is important to note, however, that the population of Sindh was not forced to convert to Islam at all. In fact, for almost everyone, there was no change in day-to-day life. Muhammad bin Qasim promised security and religious freedom to all Hindus and Buddhists under his control. For example, the Brahman caste continued their jobs as tax collectors and Buddhists monks continued to maintain their monasteries. Due to his religious tolerance and justice, many cities regularly greeted him and his armies with people dancing and music.

The successive waves of Muslim armies penetrating into India followed much the same pattern. Leaders such as Mahmud of Ghazni and Muhammad Tughluq expanded Muslim political domains without altering the religious or social fabric of Indian society.
Because pre-Islamic India was entirely based on a caste system in which society was broken into separate parts, conversion to Islam happened in a step-by-step process.

Often, entire castes would convert to Islam at a time. This would happen for many different reasons. Often, however, the equality Islam provided was more attractive than the caste system’s organized racism. In the caste system, who you are born to determines your position in society. There was no opportunity for social mobility or to achieve greater than what your parents achieved. By converting to Islam, people had the opportunity to move up in society, and no longer were subservient to the Brahman caste.

Buddhism, which was once very popular in the subcontinent, slowly died out under Muslim rule. Traditionally, when people wanted to escape the caste system, they would move to the major population centers and convert to Buddhism. When Islam became an option, however, people began to convert to Islam instead of Buddhism, while still leaving the caste system. The myths of Islam violently destroying Buddhism in India are simply false. Buddhists were tolerated under Muslim rule and no evidence exists that shows forced conversions or violence against them.

Did Islam Spread by Force?

While some claim that Islam’s huge population in India is a result of violence and forced conversion, the evidence does not back up this idea at all. Although Muslim leaders replaced Hindu kings in most areas, society was left as is. Stories of forced conversion are very few and often not credible enough to warrant academic discussion.

If Islam spread through violence and warfare, the Muslim community today in India would exist only in the areas closest to the rest of the Muslim world. Thus only the western part of the subcontinent would have any Muslim population at all. What we see instead is pockets of Islam throughout the subcontinent. For example, Bangladesh and its 150 million Muslims are in the far east, separated from other Muslim-majority areas by Hindu lands in India. Isolated communities of Muslims exist also exist in western Myanmar, central India, and eastern Sri Lanka. These communities of Muslims are proof of Islam spreading peacefully throughout India, regardless of whether or not a Muslim government existed there. If Islam spread by force as some claim, these communities of Muslims would not exist.

Islam is an integral part of India and its history. As the Indian subcontinent remains today a multi-ethnic and multi-religious place, it is important to understand the position Islam has in the region. The political claims that some making regarding Islam as if it is an invading religion and foreign to the people of India need to be defied with the truth of Islam’s peaceful spread throughout India.

The views expressed in the article are solely the opinion of the writer. The veracity of any claims made are the responsibility of the author not Wargeyska Jamhuriyadda. The article was originally published on Egypt Today Website.