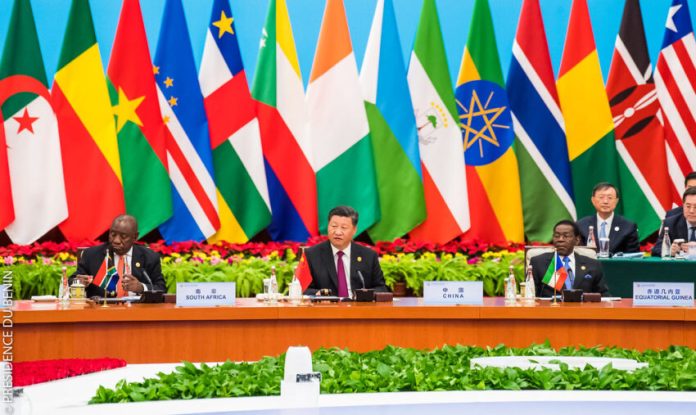 While welcome, Beijing’s debt relief for 17 African countries will likely have more political than economic impact.

In mid-August, China’s Ministry of Foreign Affairs surprised the world with a series of announcements. At the ministerial meeting of the Forum for China Africa Cooperation, Beijing’s most senior diplomat promised extensive debt relief for some of the world’s poorest countries. Wang Yi committed to no longer demanding repayment of concessional loans that had recently reached maturity but which 17 African states had failed to pay off. Outstanding balances on loans mostly extended by China’s Ministry of Commerce (or, less frequently, The Export-Import Bank of China) are thus slated to be cancelled.

Details about beneficiaries and credit lines are still to be released. But from an African standpoint, this was welcome – if somewhat expected – news.

Wang’s proclamation was timely in light of the growing sense of a looming debt crisis in many developing countries. In Africa, combined private and public external debt more than quintupled between 2000 and 2020 to $696 billion – of which Chinese lenders accounted for 12%. The continent’s average debt-to-GDP ratios has grown from over 50% prior to the pandemic to 70% this year, according to the African Development Bank. As of February 2022, 23 African countries were either in debt distress or at risk of it.

The recent economic meltdown and toppling of the Rajapaksa family regime in Sri Lanka rattled countries across Africa. They fear that panicked markets might question the solvency of African sovereigns next. Ghana and South Africa are particularly worried about a vicious cycle of downgrades by the rating agencies and rising trade imbalances. Other fears include worsening pressures on domestic currencies and bondholders seeking to exit African markets. These would accelerate financial instability.

China on the back foot

In these circumstances, Africa will take whatever relief it can get. However, it is important not to overstate the extent of China’s debt forgiveness. The last time Beijing cancelled African debt, at the end of 2020, it wrote off just $113 million for various countries.

Additionally, China’s announcement was already largely priced into the strategy of many African central banks. Chinese interest-free loans are frequently cancelled. And it’s widely understood that when China extends such credit lines, they are rarely ever paid back in full. Beijing was certainly not counting on the likes of Burundi, Congo or Mozambique to service these debts. And it has regularly rescheduled loans to African sovereigns worth billions in the last 20 years.

The impact of China’s latest move on Africa’s overall debt profile is therefore likely to be limited. Its gesture will not reduce the increase in sovereign yields (interest on bonds). It will also not ease the downward pressure on exchange rates that so many African states have been experiencing in the last year.

This does not mean that Wang’s vows were not newsworthy. For some countries, the debt cancellations might have an impact. Most of Africa’s debts to China are owed by five states: Angola, Ethiopia, Kenya, Nigeria and Zambia. Any scrapping of outstanding balances for these countries could help rebalance their liabilities away from an overdependence on Beijing. Meanwhile, for Africa’s very poorest countries – say Madagascar or Niger – cancellations of even $50 million would make a meaningful difference to their ability to pay for basic services.

On the whole, however, the political significance of the latest developments is likely to be greater than the financial impact. This is illustrated by the fact that Beijing’s debt relief proposals were accompanied by much fanfare, contrary to previous cancellations. This reflects the pressure China feels it is under in the international debt debate.

Under President Trump, the US accused China of ensnarling developing countries by extending credit to debtors Beijing knows lack the solvency to pay it back. As former vice-president Mike Pence put it in 2018: “China uses so-called ‘debt diplomacy’ to expand its influence…offering hundreds of billions of dollars in infrastructure loans to governments from Asia to Africa to Europe and even Latin America.”

The narrative goes that such “debt traps” are deliberately being created so China can force poor African states to vote with it at the UN, support its positions on Taiwan, or acquire valuable real estate in Africa that can be converted into military bases.

The Biden administration has been less direct in its allegations of Chinese debt trap diplomacy. But it too has put Beijing on the defensive by accusing it of holding African states over a barrel through its creditor power. In addition, flagship initiatives of the World Bank and IMF have been strongly shaped by allegations about China’s encouragement of parallel public finance accounting and its reluctance to accept Paris Club conventions for facilitating debt restructurings.

Despite the fact that African liabilities to private creditors have grown much more rapidly in the last decade than debts owed to Beijing, the international perception is one of singular Chinese intransigence in helping to resolve Africa’s indebtedness.

His desire to manoeuvre China out of the defensive position it finds itself in has also been evident in Beijing’s recent concessions to help recurrent defaulter Zambia restructure its liabilities. Chinese concessions played a key role in reaching a debt agreement for Zambia that potentially sets a precedent for how Beijing could work with other lenders on similar assistance elsewhere. The Zambian deal was done under the G20 Common Framework for Debt Treatments, which also requires an IMF programme to receive effective relief.

The context behind this mix of concessions and pushback is that the sense of China’s inevitable ascendancy that has long accompanied Beijing’s overtures in Africa has somewhat faded in recent years. The scaling down of the ambitions of Xi Jinping’s Belt and Road Initiative (including much reduced credit lines for African states as Beijing prioritises domestic objectives) has perplexed many on the continent. So did the earlier decision to only allocate to Africa $10 billion in special drawing rights through the IMF, while China has little obvious use for its quota of $38 billion.

Foreign Minister Wang’s announced cancellation of loan balances that were unlikely to be serviced in full anyway appears to be a low-cost political move for China to reaffirm its deep ties with African countries and emphasise mutual goodwill. In the short term, that might be the case.

But fundamentally, Beijing’s decision does little to alter Africa’s growing indebtedness. Amid geopolitical posturing by China and the US, there is still little sign that global powers or the international financial institutions will finally tackle the systemic drivers of the resurgence in African debt. In that sense, China’s recent announcement is, unfortunately, business as usual.

The views expressed in the article are solely the opinion of the writer. The veracity of any claims made are the responsibility of the author not Wargeyska Jamhuriyadda. The article was originally published on The African Arguments Website.

By Kamal Alam The Turkish president is running out of time before the next election to solve the...
Read more
Opinion - Ra'yi

Western Universities Struggle to Grow Away From Their Racist Roots

By Hamid Dabashi Issues of environmental justice and mass migration are far more crucial to understand today than...
Read more