The Three Geopolitical Traps Set by the US 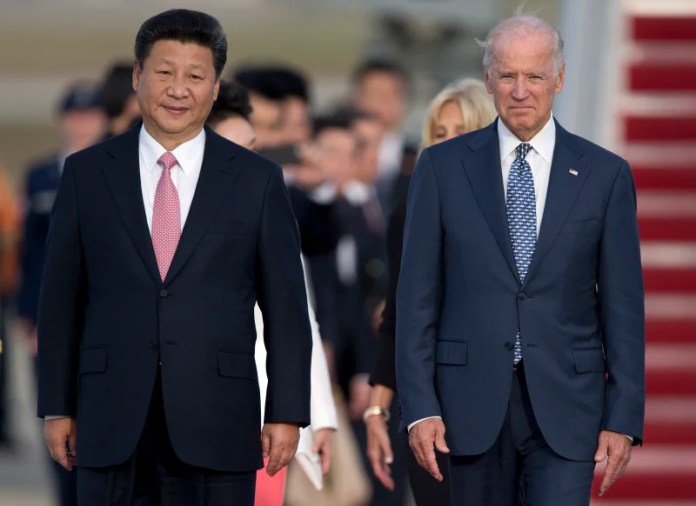 The U.S. has set three geopolitical traps around the world that ultimately aim to harm Chinese interests.

It is crucial for the welfare of all countries in the world to determine the three geopolitical traps the United States is attempting to organize and the possible effects of these traps on Türkiye and international law.

First of all, the target of all three traps is China and the purpose is to prevent China’s economic and political development amid the American-Chinese competition. As a matter of fact, there are elements that serve a common purpose among all three cases.

On Feb. 23, 2014, the “honor revolution” was organized against former Ukrainian President Viktor Yanukovych. Yanukovych was known for his close ties to Russia, and the Oleksandr Turchynov government, which has an ideology closer to the Western Atlantic, was formed in Ukraine. The governments after Turchynov have adopted the same position, including Ukraine’s current President Volodymyr Zelenksyy. As a matter of fact, the government reshuffle in 2014 was the spark of America’s first geopolitical trap.

As a result of the first geopolitical breakup, hitting two birds with one stone, the U.S. both facilitated an energy crisis for Europe and isolated Russia from the world. At the same time, with this break, the U.S. attempted to drag Russia, which is China’s first and foremost ally, into an economic and political swamp.

The current war statistics and the current economic status of Russia and Europe show that through this move, the U.S. exploited Ukraine as a pawn and not only attempted to damage the Russian-Chinese alliance but also punished Europe by causing an energy crisis due to the restriction of gas flow from Russia.

The recent epoch between Türkiye and Greece is not rooted in recent tension, with geopolitical positions and a history of war history that dates back to the Ottoman Empire period. However, this crisis has recently reached the breaking point as a result of Greece’s aggressive moves against international law and verdicts set forth by the General Assembly of the United Nations.

In addition to the strategic messages sent by President Recep Tayyip Erdoğan in the political arena, the Turkish Armed Force’s (TSK) reactions to harassment by the Greek naval forces are meant to end the crisis between Türkiye and Greece; however, similar steps have not been taken in terms of international law on the Greek side.

So, is the island issue the only crisis between Türkiye and Greece – and is Greece alone in this crisis?

These questions will, of course, be replied to with a resounding “no.” Greece has taken steps with the support of Europe throughout history. It has been carrying out these recent impulsive interventions, as it has throughout history, based on the power of the countries that support it. The military bases with ammunition gathered thanks to the intense shipments of weapons from the U.S. under the name of NATO in Alexandroupolis and the trenches dug by Greece in Meriç (Maritsa) on the Turkish border show that the crisis goes beyond the island issue.

Although this crisis shows that Greece has been supported by the power of Europe and the U.S. against Türkiye, another geopolitical trap has been set by the U.S. against China due to this crisis. As a matter of fact, Türkiye is the backbone of all economic and commercial land shipments planned by China to Europe due to its location and bridges that connect the two continents. Preventing China from experiencing its golden era in economic terms through its large projects, such as One Belt One Road (OBOR), is only possible by damaging this backbone.

Türkiye’s recent commercial, economic and military joint projects with China and Russia are among the reasons why funds are allocated to Greece in the Aegean and the PKK terrorist group, its Syrian affiliate PYD and its armed wing YPG in northern Syria.

The military bases built within the territory of Greece, now considered an outpost of the U.S., pose a threat not only to non-NATO countries but also to Türkiye, which is also a NATO member. Should we ask: Is Greek Prime Minister Kyrios Mitsotakis a new Zelenskyy?

The leading role in the last deadly geopolitical trap of the U.S. is Taiwan, which is a partially recognized country in East Asia, across from China. There is long-standing tension between China and Taiwan, which are in tight competition in the production of technological products in the region.

The U.S. military bases in the territory of Taiwan, which also leads the production of chips used in the automotive industry, and the recent visit of U.S. House of Representatives Speaker Nancy Pelosi to Taiwan have brought China-Taiwan tensions to their highest level.

With the desire of the U.S. and other Western states for Taiwan to reach a competitive level with China in the production of technology products in addition to the U.S. military bases in Taiwan, China-Taiwan tensions have been brought to the international arena. Indeed, U.S. President Joe Biden, in his speech dated May 3, 2022, announced to the public that Taiwan would be clearly supported militarily by the U.S. in a possible China-Taiwan war, proving that China is the target of this last trap.

With the three geopolitical traps set by the U.S., whose main target is China, a new world war, which was floated even by Biden among other international leaders, has become a current issue; however, the conditions for this war have not yet been formed. Geopolitical realities show that, before any possible world war, local conflicts will take a place and in these wars, not only terrorist organizations but also proxy states such as Ukraine, Greece and Taiwan will direct the course of the conflict.

Our greatest wish for this process is that every country in the world comprehends that wars and weapons are incapable of solving political problems in the international arena and that diplomacy should ultimately prevail.

The views expressed in the article are solely the opinion of the writer. The veracity of any claims made are the responsibility of the author not Wargeyska Jamhuriyadda. The article was originally published on Daily Sabah Website.